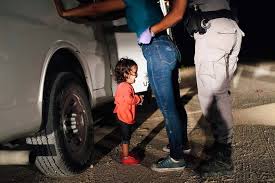 The escalation of anti-immigrant actions in the Donald Trump administration has reached unprecedented levels in US history with the mass separation of families that attempt to cross the border without the required documents: while between October 2016 and February of this year (2018) that number rose to 1800 families separated; in just 13 days, between May 6 and May 19, 658 children (some two years old and younger) were taken away from their parents in the context of border detentions. As often happens in the current US government, the measure was adopted without calculating its effects or making amends accordingly, therefore a humanitarian catastrophe is underway due to the lack of space in the children’s shelters.

It’s necessary to clarify that there is no guideline prescribing the separation of minors by border agents. It’s about a “collateral effect” of the “zero tolerance” policy put into effect in May, as a result of which crossing the border for the first time without documents was re-classified from an administrative offense to a crime, leading to the adults being arrested, criminally processed and, therefore, separated from the children with whom they were traveling. Needless to say, this indirect character of affectation in any way reduces its inhumane and brutal nature, something pointed out by human rights defense organisms, the United Nations Organization (UN), and even by federal judge Dana Sabraw, who classified the separation of families as unconstitutional and cruel.

As numbers of US agencies show, the cruelty of these measures has not fulfilled its alleged purpose of dissuading those seeking to enter their territory, which is explained because the current wave of migrants is not formed by seekers of better working conditions, but rather by people fleeing areas of El Salvador, Guatemala, Honduras and Mexico, where their lives are increasingly at risk due to the presence of criminal groups. To the extent that it’s impossible to convince a father or mother that will do anything within their power to protect the lives of their children, the Trump policy is nothing but an exercise in sadism against human beings trapped in the disjunctive between remaining in their communities and being murdered or migrating and suffering an arrest that violates their human rights.

The current crisis also reveals the moral collapse of the Republican Party, self-appointed defender of “family values” versus any advance in women’s rights or the rights of the community of sexual diversity. As Congressman Luis Gutierrez stated, by supporting the practice of separating migrant children from their families, Republicans have exhausted their time for talking about family values. If we add to this that a good part of the social decomposition that currently crosses through the referenced Central American nations is the effect of the military or authoritarian regimes imposed there by the United States during the last century, it becomes clear that the xenophobic policy in effect constitutes an ethical bankruptcy not only of the president, but also of the party that placed him in power and keeps him in power.

Given the manifest lack of will of the United States administration to reconsider its actions, it’s imperative that the international community, and especially the governments with citizens who are victims of this atrocious policy, to exercise every diplomatic and legal pressure on the White House tenant to put an end to an episode in which the physical and emotional wellbeing of minors is explicitly used as blackmail against adults that, on the other hand, do nothing but exercise their human right to escape from potentially lethal situations.

← First of July, change and rupture
Half a century of popular education →