Half a century of popular education 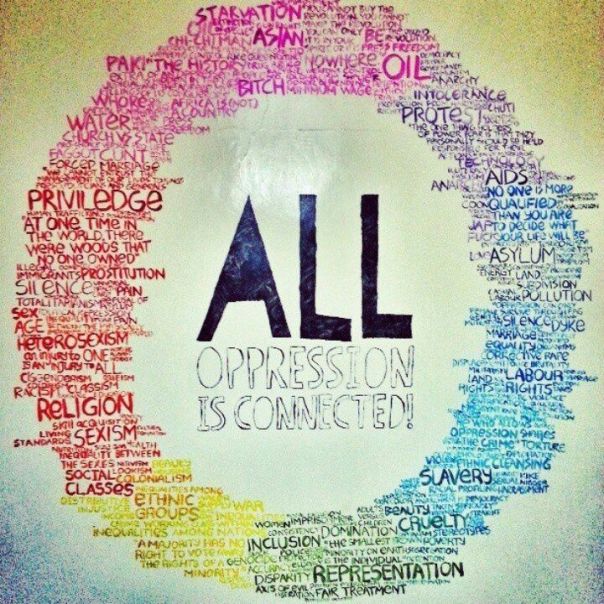 All Oppression is connected.

Among the multiple creations that illuminated the “1968 world revolution” (a concept coined by Immanuel Wallerstein), popular education is one of the most transcendental, since it has changed in depth the ways we conceive and practice the educational act, particularly in the bosom of the anti-systemic movements.

In 1967 Paulo Freire published his first book, “Education as the practice of freedom” (La educación como práctica de la libertad), and in 1968 he wrote the manuscript for “The Pedagogy of the Oppressed” (Pedagogía del oprimido), which was published in 1970. This book influenced several generations and sold the astronomic number of 750 thousand copies, something extraordinary for a theoretical text. Since the decade of the Seventies, Freire’s works were debated in the movements, which adopted his pedagogical proposals as a form of deepening the political work of the militants with oppressed peoples.

One of Freire’s principal concerns consisted in overcoming the vanguardism that reigned in those years. He defended the idea that in order to transform reality we have to work with the people and not for the people, and that it’s impossible to overcome de-humanization and the internalization of oppression just with propaganda and general and abstract discourses.

In this way it was in tune with the principal problems inherited from the experience of the Soviet Union, but it also critically addressed the work methods of the guerrillas born under the influence of the Cuban Revolution. Almost the totality of the generation of militants from the 1960s and 1970s were firmly convinced that we could represent the interests of the popular sectors (including the original peoples and descendants of slaves uprooted from Africa), but it didn’t occur to us to consult them about their interests and even less about their strategies as peoples.

I believe that popular education is one of the principal currents of emancipatory thought and action born in the atmosphere of the 1968 revolution. A good part of the movements have some relation to popular education, not only in their educational practices and the pedagogies they assume, but especially in the work methods in the bosom of the organizations.

Freire showed concern about transforming power relations among revolutionaries and between them and the peoples (the word revolution is one of the most used in the Pedagogía del oprimido), probably because he was attempting to exceed the limits of the Soviet process. His methodology proposals sought to empower the self-esteem of the oppressed, giving hierarchy to their knowledge, which didn’t consider their knowledge inferior to academic knowledge. He proposed cutting the distances and hierarchies between the educators-subjects and the students-objects, with work methods that demonstrated enormous usefulness for utilizing the organization of the popular sectors.

Thanks to popular education’s forms of work, the oppressed were able to identify the structural place of subordination that was gripping them, which contribute to the creation of more diverse grassroots organizations throughout the continent.

In the neoliberal decade of 1990, popular education was taking other paths. An excellent work from the Brazilian sociologist Maria da Gloria Gohn (goo.gl/zBZVks) emphasizes that it produced a sharp turn that led to the “professionalizing” of popular educators, weakened the horizontality and consolidated power relations between those that teach and those that learn. Popular educators were setting aside the militant relationship with their students to link themselves to the population as “groups of beneficiaries.”

The majority of the popular educators work for NGOs (before they were organized militants that, of course, did not receive pay) and spread the idea that: “governments are no longer the enemy but rather the promoters of social initiatives to include the excluded.” From then on, popular education was directed toward individuals and no longer toward collective subjects, and the methodologies occupy a central place, thereby displacing politico-ideological debates and the concept of “citizen” substitutes for the concept of “class.”

Popular educators tend to become rented helpers of state policies when, says Gohn, they stop fighting for equality and social change and work to “include, marginally and precariously, the excluded.” The postgraduates occupy the place that the educator-militants has before, while a style predominates style that set aside organization to struggle, for adopting the agenda of international funders interested in projects to “learn to insert themselves into a de-regulated economy and into a labor market without social rights.”

It’s evident that not all the popular educators take this path. Although a majority sector has been incorporated into the ministries of Social Development during the progressive governments, even with criticism and dissatisfaction, the most active and rebellious sector works together with the new movements, the recuperated factories and the landless campesinos, and they dedicate their time and effort to formation with the rural and urban popular sectors.

A considerable portion of the new generation of popular educators (without title and without name) are dedicated to learning the popular knowledge within their territories, not to codify them or use them for their own purposes, but rather to strengthen the organization of those below. The Chilean historian Gabriel Salazar maintains that the popular sectors educate themselves, in their spaces and based on their Cosmo vision. “The objective of popular self-education is to create power,” he says.

The paths are bifurcated, as often happens in all emancipatory processes. What’s important is that popular education is alive, that it has been mutating ever since the emergence of new collective subjects and that it has the ability to incorporate the knowledge of the peoples. One part of the educators decided that critical pedagogy consists in stepping down and not up.

← Trump: anti-immigrant terrorism
Marichuy: Whoever wins, the dispossession will continue →