Letter: A visit to Chiapas

I finally returned to Chiapas after two and half years because of the pandemic. This has been the longest time I have spent away from this beloved land of the Mayan peoples in resistance in two decades since I lived in the highlands and worked with women in an autonomous community from  2001-2002. I first went to Chiapas in 1997 with Pastors for Peace and then with Schools for Chiapas to participate–mainly carrying cement, sand, and stones so that the skilled indigenous artisans in resistance could build the Zapatista autonomous secondary school in Oventic.

Oventic is one of twelve Caracoles, or centers of Zapatista civilian regional government, where the autonomous communities of the region come together with each other and with internationals. The Oventic caracol’s first buildings were completed two years later and after training promotores (teachers from the communities) the school opened for Zapatista young people in the highland communities to be educated in their own history and to learn skills needed by their communities. Youth are trained to be promotores of education, health, agroecology, or communications. Oventic was the first. In the past 20 years, autonomous secondary schools have opened in other caracoles. The Chiapas Support Committee raises funds for Zapatista primary and secondary education projects.

This summer I studied in Oventic at the CELMRAZ studying Tsotsil. In 2001 the CELMRAZ (Zapatista Rebel Autonomous Center for Spanish and Maya Languages, Centro de Español y Lenguas Mayas Rebelde Autónomo Zapatista) was formed for internationals to learn Spanish and Mayan languages. The CELMRAZ center, located in Oventic, has for years supported Zapatista autonomous education with the funds people donate to study there.

My tsotsil teachers were promotores trained at the secondary school in Oventic a decade or more ago. We participated in dynamic activities with the Zapatista secondary school students acting out the Seven Zapatista principles and the wheels of capitalism as well as singing together. This is the second time I have studied Tsotsil in Oventic. Although my conversational skills are very limited, my understanding of the philosophy embedded in the language, and the way of relating to the world and each other of the Maya peoples, helps me understand how they have managed to organize themselves, plan an uprising in clandestinity, and keep working together for 28 more years despite continued paramilitary and government harassment. There are three forms of we in Tsotsil grammar, much more important in Tsotsil than I. 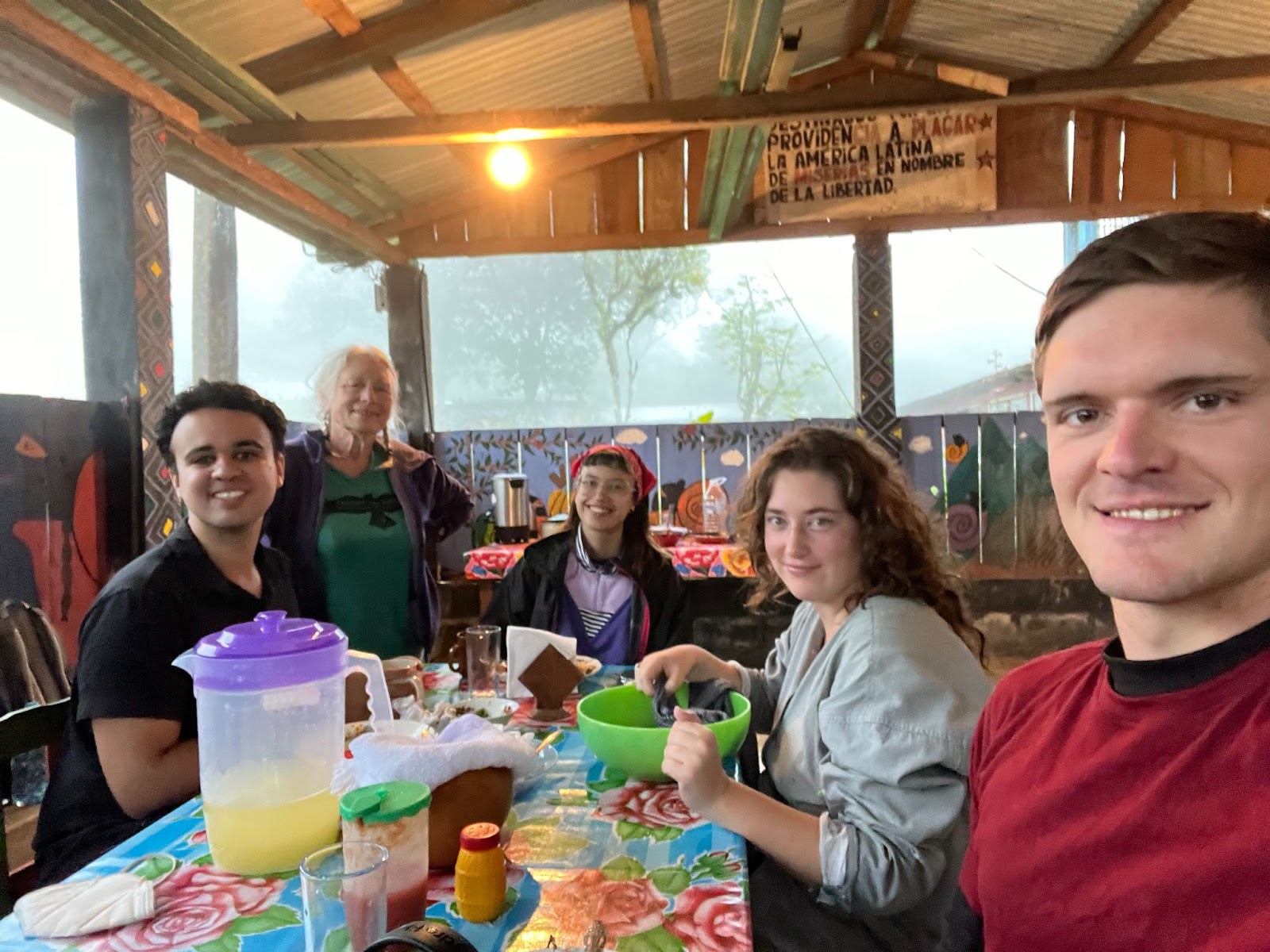 Our group of students at the Centro de Lenguas in Oventic this summer on a rainy day.

When I first came to Chiapas it was much easier to go to Zapatista communities, take delegations, and do projects there and connect directly with the people and meet with the autonomous councils. Now, because of ongoing paramilitary violence, security and the pandemic, the communities have been on red alert.

There has been a dramatic increase in paramilitary attacks and violence against the Zapatista communities  in the past couple of years. Now one of the only ways for people who do not already have relationships to connect directly with the Zapatistas is through CELMRAZ. The Chiapas Support Committee accredits people to study at the Language Center in Oventic. Contact us if you are interested in attending the CELMRAZ school.

I found that things have gotten more difficult in the past two and a half years both in the Zapatista communities and in the city of San Cristobal. It had been hard for narcos to get a foothold in the highlands of Chiapas, largely due to the tight organization of communities in resistance.

Unfortunately because of various factors—the insecurity of the pandemic, the economic hardship it has caused, the complicity of the local and the state government of Chiapas with cartels and paramilitaries and the lack of action by the national government to stop, arrest  or prosecute acts of paramilitary violence—Mexican government inaction, complicity and collusion has led to almost complete impunity for the paramilitary’s violent acts.

The National Guard supposedly created to increase security just stands by when the paramilitaries have attacked Zapatista and other indigenous communities. The Human Rights Center Fray Bartolome de las Casas (Frayba) sends observers to communities, often internationals, which usually helps deter violence. Because of the impunity, the paramilitaries have threatened the observers in the Zapatista community of Nuevo San Gregorio and Frayba had to withdraw them for their safety.

The city of San Cristóbal is no longer the safe place it used to be. Some neighborhoods have organized civil patrols to monitor who is on the streets. My neighborhood organized a system to warn each other with whistles when attempted robberies take place so that neighbors can come to each other’s aid. Fortunately Oventic is one of the caracoles that is still tranquil and safe. 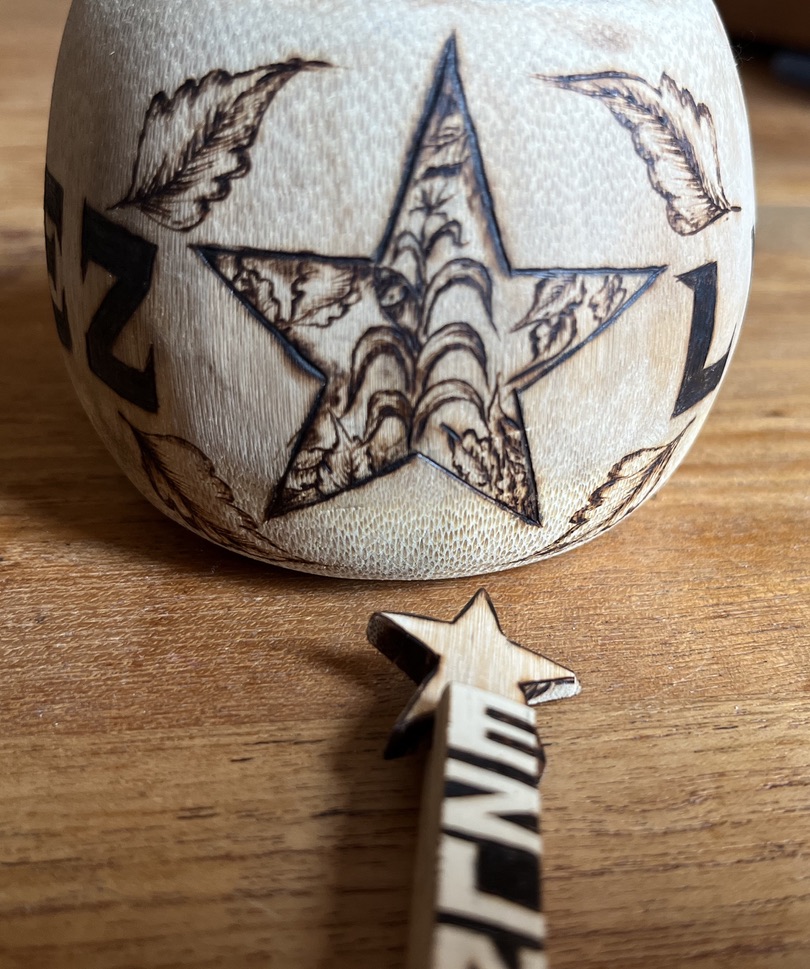 Artesania made by compas in Nuevo San Gregorio

While I was in San Cristobal I met with Frayba to help organize a forum about violence in Chiapas with Frayba and Red Ajmaq, a network of Zapatista supporters in Mexico. The Chiapas Support Committee sponsored this forum with the network, Sexta Grietas del Norte, of which we are a part.  You can watch the recording with English interpretation at  https://youtu.be/gCuhPTKmEpQ.

The Chiapas Support Committee has also been demonstrating at the Mexican Consulate in San Francisco to let the Mexican Government know that we are aware of their complicity with the violence and to demand that the impunity be stopped. Our next action will be on Monday September 26, 2022, the 8th anniversary of the forced disappearance of the 43 students from Ayotzinapa. 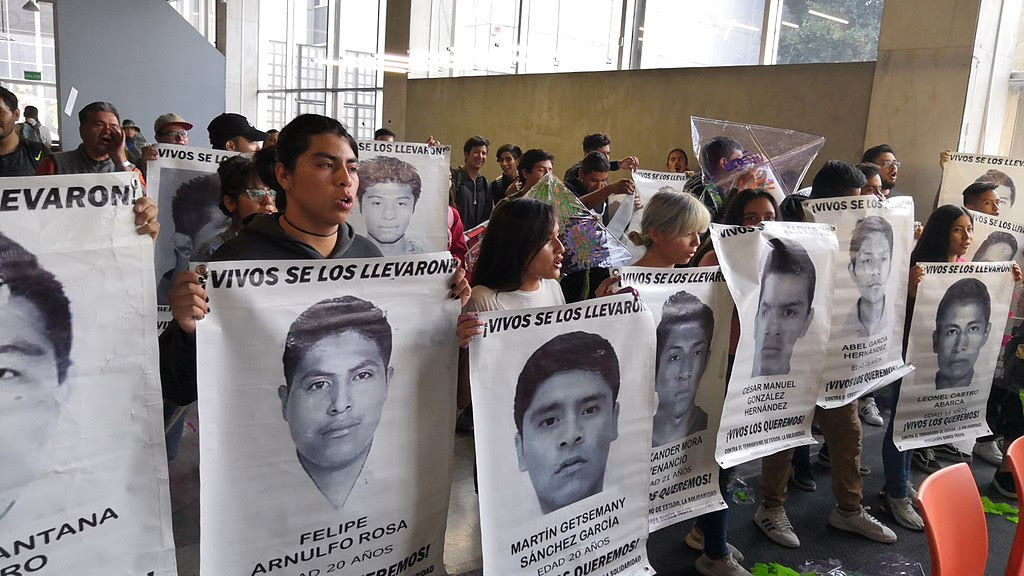 Please join us on September 26 to demand justice for Ayotzinapa and to demand the Mexican government dismantle the rightwing paramilitary. Watch our facebook page and blog for further details.

Carolina Dutton is a member of the Chiapas Support Committee and a long-time community-based activist for justice and solidarity with Indigenous and Latin American people’s struggles for self-determination and land justice.