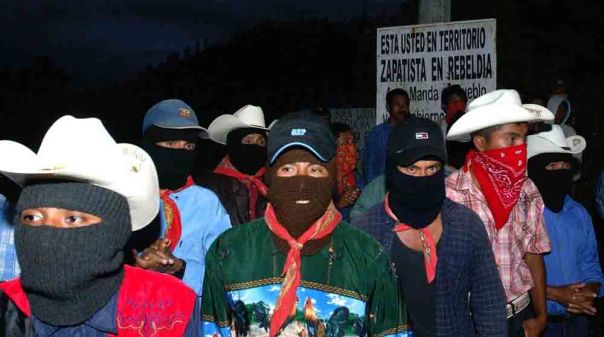 The Fray Bartolomé de las Casas Human Rights Center demanded guarantying the life and integrity of the Support Bases and respect for Zapatista autonomy, after receiving information from the Patria Nueva Good Government Junta in Ocosingo, in which they detailed that they have been under attack for three days from the Regional Organization of Ocosingo Coffee Growers (ORCAO).

With shots from firearms, Caracol 10, “Flowering the Rebel Seed,” assured that the ORCAO attacked the community of Moisés Gandhi, in Lucio Cabañas autonomous municipality.

This Thursday, at approximately 12:30 am, 2:10 am and 2:55 am, shots were fired at homes in the community by a group of 20 ORCAO people from the communities of San Antonio, Cuxuljá, San Francisco and February 7, all in the municipality of Ocosingo.

The Frayba Center documents that, since April 2019, ORCAO members have attacked the Moisés Gandhi community, which has led to the destruction of property and physical and verbal aggressions.

Consequently, the Frayba Center made a call to the Mexican State to immediately intervene and stop the attacks on the Moisés Gandhi community, since the life and integrity of the women, girls, boys and men of the Maya Tseltal Pueblo are at risk.

The National Indigenous Congress-Indigenous Governing Council (CNI-CIG, their initials in Spanish) repudiated the attack by ORCAO members, which occurred in Saturday, August 22, 2020, around 11:00 am, since they robbed and burned the installations of the New Dawn of the Rainbow Commercial Center, which is located at the site known as the Cuxuljá Crossroads, Lucio Cabañas Autonomous Municipality, in the official municipality of Ocosingo.

In reaction, 239 signatories, including women, collectives, human rights centers and women’s spaces signed a letter in which they show solidarity with the women members of the Zapatista National Liberation Army (Ejercito Zapatista de Liberación Nacional, EZLN), with their struggle against the patriarchal system and against the fire at the Compañera Lucha Diner, located in the New Dawn of the Rainbow Commercial Center.

Finally, members of the Zapatista Good Government Junta “New Dawn in Resistance and Rebellion for Life And Humanity” denounced the kidnapping and torture of one of its members, part of the Zapatista support base in the community of San Isidro, an annex of Moisés Gandhi, was detained by the paramilitary organization called ORCAO, on November 8 of last year. He was released after 4 days. They explain that they have identified Andrés Santis López, Nicolás Santis López, Santiago Sánchez López and Oscar Santos López, people from the San Antonio community as members of said paramilitary group.

In the communiqué they maintain that they have information that the San Antonio paramilitaries have received money that was destined for construction of a school, in the amount of 300 thousand pesos, but used to buy high-caliber weapons with which they have been intimidated.

← The necessary utopia
Zapatismo and the struggle for life →

One Comment on “New ORCAO attack on Zapatista community”