Immediate freedom for the Chiapas prisoners in struggle!

Since last May 21 of this year, fellow adherents to the Sixth Declaration of the Lacandón Jungle: from the following organizations: La Voz de Indígenas en Resistencia, La Voz Verdadera del Amate and Vineketik en Resistencia; maintain a hunger strike from different Chiapas prisons.

Their demand and their struggle are one and only one: IMMEDIATE FREEDOM!

With this action, our compañeros make visible the negligent and corrupt work on the part of Chiapas prison authorities, who refuse to guarantee the integrity of people who are their legal responsibility; thus underestimating and neglecting, the state of health of hundreds of people in prison; some of which have tested positive for COVID-19 and many others who present symptoms of having it, but without having security and certainty about it.

As an elementary act of justice the compañeros on a hunger strike must be released from prison now, their place is together with their families, in their communities with their loved ones; their stay in prison puts their lives and the lives of the rest of the prisoners and prison personnel at high risk.

The names of our compañeros are: 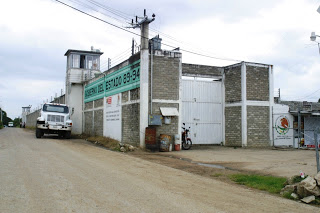 In their communiqués, the prisoners in struggle point to the responsibility that the state authorities have and their omission in the face of the delicate situation that hundreds of people face who don’t have the sanitation measures necessary for confronting this health contingency. For its part, the response from Chiapas government authorities has been oblivion, corruption and racism, a government headed by Rutilio Escandón Cadenas, who displays his position under the initials of MORENA, which with promises of “change” continues governing in the same way as his predecessors; such “change” is only a lie and a simulation.

From the Network against Repression and Solidarity, we embrace the dignified struggle of our compañeros Abraham, Germán, Adrián and Marcelino. We add our voice and our actions to the demand for immediate freedom.

Prisons continue being those centers of extermination that show the most cruel and atrocious side of the capitalist system. Their objective is not the exercise of justice, they seek to break human dignity, corrupt the social fabric even further and leave in humiliation people who have been shoved aside in marginality and poverty generated by an economic model that enriches itself at the expense of life.

Therefore, we invite the compañer@s of the International and National Sixth, of the Networks of Resistance and Rebellion, of the Support Networks and those who feel called, to denounce the bad Chiapas government’s negligent behavior, to be in solidarity and speak out in favor of the of the struggle for freedom of our political prisoner compañeros.

We call on our compañeras and compañeros who are members of the RvsR so that according to their times, forms and modes, they support the struggle for the freedom of our compañeros.

Let’s not allow this gloomy normality to be perpetuated; respect for our rights and freedoms will not come from above. Only with organization can we all be free. The world is now one big prison. Let’s organize ourselves from below and to the left to stop barbarism.

Freedom for all political prisoners!

Against the dispossession and repression: Solidarity!

Red against Repression and for Solidarity (RvsR)

One Comment on “Immediate freedom for the Chiapas prisoners in struggle!”