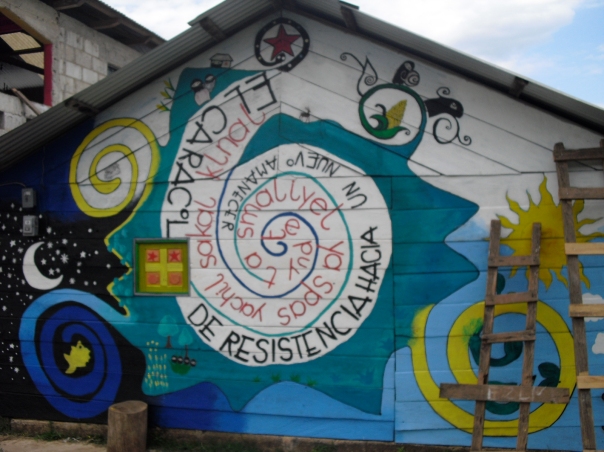 On August 17, 2019, the EZLN announced the end of the “Samir Flores Vive” campaign with which it went on the offensive and extended “the word and action of resistance and rebellion.” As a result of this, the Zapatista Caracols and their Good Government Juntas went from five to twelve. They also created four new autonomous municipalities, which now total 31. Likewise, they reported the creation of the Centers of Zapatista Autonomous Resistance and Rebellion, a new structure in the world they are constructing. With photographs and videos, the EZLN showed the world its most recent expansion. It was just the beginning.

During the month of December, the Zapatistas held various activities called the “Combo for Life.” The “Combo” began December 7 with the second edition of the Puy Ta Cuxlejaltic Film Festival,” in the new Caracol of Tulan Kaw (Strong Horse). More than 50 films were projected there and workshops were held with the Tercios Compas, as the communication collectives of the Zapatista bases are known.

Next it was the first primer Báilate otro mundo Dance Festival’s turn from December 16 to 20 in the Zapatista Caracols of Tulan Kaw and Jacinto Canek. More than 80 dancers answered the call, among them members of the Zapatista communities that have made the arts one of their principal ways of life.

In that context, the Fourth National Assembly of the National Indigenous Congress (Congreso Nacional Indígena) and the Indigenous Government Council (Concejo Indígena de Gobierno) took place, as well as the Forum in Defense of Territory and Mother Earth, both in Jacinto Canek Caracol.

During the assembly dozens of peoples shared their diagnosis and ratified their opposition to megaprojects like the “misnamed Maya Train,” the Trans-Isthmus Corridor and the Morelos Integral Project.

They concluded that the “neoliberal war” is deepening with the current administration, and that businesses that are part of that war – organized crime, the real estate industry, mining, agro-industry, tourist megaprojects and the energy industry– continue being deployed throughout the country. They denounced that, as a result of this war, 11 CNI members were murdered in 2019 for defending their territories and opposing the dispossession.

More than 50 organizations of Mexico, Chile, Colombia, Kurdistan and Ecuador participated in the forum. The information shared helped give dimension to the level of the capitalist system’s global destruction, but also to identify points of articulation and common resistance strategies.

In the last days of December, in the seedbed “Footprints of Comandanta Ramona’s walking,” in the Caracol of Morelia, they held the Second International Gathering of Women that Struggle. More than 5,000 women attended, coming from at least 49 countries, and for three days they shared pains, experiences and joys; they strengthened their solidarity networks and made agreements to continue struggling against patriarchy.

Finally, also in the Caracol of Morelia, the EZLN commemorated the 26th anniversary of the start of the war against oblivion. There, Subcomandante Moisés reiterated the position of the Zapatistas: they are willing “to die if necessary” to defend their autonomy. At the same time, he outlines an urgent issue: progress and development for whom and at what cost? 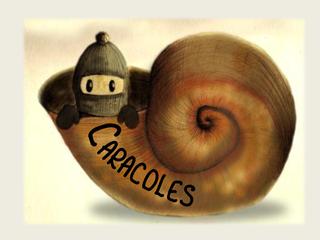 No political force in Mexico, and very few in the world, are capable of guarantying the infrastructure necessary for carrying out these activities. We must not forget that the Zapatistas do not accept resources –of any kind– from governments, corporations or NGOs. Everything was sustained with resources of the Zapatistas themselves. With this “Combo for life” the EZLN not only showed its great capacity for national and international convocation, it also evidenced the large size of their organization, of their territorial expansion and of their disposition to dialogue with those who aspire to the construction of a world where many worlds fit.

In the midst of the “capitalist storm” or the “collapse of civilization” that is underway, the Zapatistas don’t take shelter and, from their “islands of resistance,” watch the world burn; to the contrary, they bet on dialogue, on weaving national and international networks with those who struggle against capitalism and patriarchy.

Together with the women who struggle and the original peoples who resist, but also together with oppressed and exploited peoples who accompany it, the EZLN bets on life… And in their gamble for life, this army of men and women give the arts a central place, that of being “the seed in which humanity will be reborn.”

The EZLN today is stronger than [it was] 26 years ago. Each step walked, each gathering, each initiative has given them a diagnosis of the current world for which they have constructed an alternative. From there they launch a new question: What are you willing to do to stop the war that exists against humanity?

They already gave their answer.