Gramsci, Fanon and after 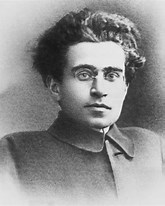 Not so long ago someone wrote that what’s important is not who speaks, but rather from where he does it. Recently I was able to understand the central aspects of the Antonio Gramsci’s thinking about the campesino communities of his native Sardinia, where I am participating in debates with the Coordination of Sardinian Committees that bring together 60 grassroots organizations.

The concept of “subalternity,” the founding of a whole anti-colonial theoretical current (although they name it in more sophisticated forms), would not have been formulated by Gramsci if he had not been born on an island colonized for centuries by foreign powers that converted it into an “exploitation colony.”

In lazy thinking, from which we are never safe, there is a belief that the whole West is a colonizer and the whole South is colonized. When in reality, there are peripheries in both parts of the world, and formidable resistances.

In 1906, when Gramsci was 15, Sardinia was shaken by workers struggles and campesino revolts, which were taking a stand about the strong North-South imbalances, the relentless repression implacable of the Italian State and a broad Sardinian movement that the youth carried in his suitcase and in his heart when he migrated to proletarian Turin. He was able to understand Soviet and campesino Russia because of his experience in Sardinia, including the role of intellectuals in the process of emancipation.

Although I was never affiliated with Gramsci’s thinking, due to prejudices and mistrust, I can see that he planted a milestone in critical thinking with his anti-colonial gaze and his commitment to the role of the “subalterns.”

The next stage, to say it in a mechanical and surely unjust way, corresponds to Frantz Fanon, in the period of decolonization and third world revolutions. If Gramsci owes part of his feelings and ideas to Sardinia, Fanon is indebted to the Algeria that rose up to shake off the French colonial yoke.

He understood as few did the “inferiorization” that domination provokes, because of his experience as psychiatrist in the Blida hospital and, later, in active militancy in the National Liberation Front to which he gave his life and his dreams. In this stage of critical thought, the subjects of de-colonization are those “most below,” campesinos and the unemployed, bearers of the collective energy that impels changes. He criticizes the role that the left, in the colonized countries, concedes to the working class, through the mechanical transfer of the experience in the metropolis.

Those of us born to militancy in the 1960s are in deep debt to Fanon, since he could climb the most difficult slope, which led him to debate how to shake off the internalization of the dominator that has caused so much damage to revolutionary processes. This invaluable contribution alone should place him in a prominent place in our world.

But it’s in the third time when the most amazing and hopeful changes are recorded. It is the current moment, let’s say, the one that takes place since the end of real socialism and that has one of its centers in Latin America. Anti-colonial critical thought begins to get intertwined with anti-patriarchal thought, fertilizing a radical anti-capitalism, rooted in collective subjects that, from now on, we will call “peoples in movement.”

The concept came to me by means of a young Quechua student from Abancay (Peru), Katherin Mamani, in a debate in which we reject the Eurocentric idea of “social movement.” I mention it because it embodies the nucleus of the current moment.

First, it’s impossible to separate ideas from practices. The massive and constant actions of the peoples are the fuel of critical thinking, which becomes sterile when one only looks in the mirror of intellectual self-satisfaction.

Second, it’s the imprint of the women from below. This is so obvious that it exempts me from further comments. Although it would have to overcome the concept of thought when we refer to the word of the women that struggle, something that we are still far from achieving.

The third thing is that we are facing collective, communitarian thoughts, which make it almost impossible to determine who coined this or that concept, which overcomes patriarchal/colonial legacy inherited by the academies. Ideas that are germinating outside the institutions, although they always try to co-opt them, and that are the fruit of “sharing” among those below when they debate and fight.

Finally, the new developments are only valid if they show some usefulness for strengthening collective emancipations; and, above all, for constructing the new. Because what it’s about, besides putting limits on the projects from above, is constructing and creating life where the system, the right and the left, only produce death.

It’s not a little thing in the times that run. The path traveled in little more than a century is notable. We are facing collective thoughts that are born putting body to the system and its repressions.