Radiography of Chiapas in the 4T

[The system of political and economic bosses (caciques) that Hernández Navarro describes in this article dominated Chiapas at the time of the January 1, 1994 Zapatista Uprising and was a factor leading to that uprising. Now, even the non-Zapatistas are challenging the illegitimate political reign of the current caciques. Admin]

The body of Noé Jiménez Pablo, sprayed with acid, was found in a garbage dump, three kilometers from the municipal capital of Amatán, Chiapas. He had bullets in the abdomen and chest. His head and face were completely disfigured.

One day before, January 17, a group of gunmen at the service of the Carpio Mayorga brothers, Amatán caciques (political/economic bosses), left the house of the ex municipal president Wilber, brother of Manuel, the current municipal president, with ski masks and high caliber weapons. They shot at and savagely beat members of the Movement for Peace, Justice and the Common Good, who, since five months ago, installed a peaceful sit-in in front of the municipal palace to demand the removal of the municipal president. Noé was lying on the ground until the paramilitaries took him away.

Jiménez Pablo was the leader of the Independent Regional Campesino Movement (Mocri, its Spanish acronym), of the Coordinadora Nacional Plan de Ayala-Movimiento Nacional and of the Movement for Peace. He was an active participant in the struggle against the cacique system of the Carpio Mayorga brothers. Amatán is a municipality that borders on Tabasco, part of the corridor through which organized crime transports drugs, weapons and undocumented migrants.

The Carpio Mayorga clan has been in control of the municipality for years. This is protected by the now senator for Morena, Eduardo Ramírez Aguilar, and by ex governor Manuel Velasco. Manuel de Jesús [Carpio Mayorga] was municipal president between 2001 and 2004 with the PAN, and again between 2012 and 2015 with the PVEM. His brother Wilbert succeeded him in that position with the same political party between 2015 and 2018. And in 2018, Manuel de Jesús once again won the municipal presidency with Morena. That party nominated him despite his nefarious record and the complaints that Mocri members made against him.

Noé’s murder en Chiapas is far from being an exceptional event. Sinar Corzo, a human rights defender from the municipality of Arriaga, was murdered in early January. Hours after leaving a meeting with municipal authorities to demand the construction of roads and the improvement of the fishing communities, two individuals aboard a motorcycle shot him after calling him by his name. He had already been threatened with death. He defended the victims of the September 7, 2017 earthquake, and the right to water, health care and basic services of the residents of the municipality. 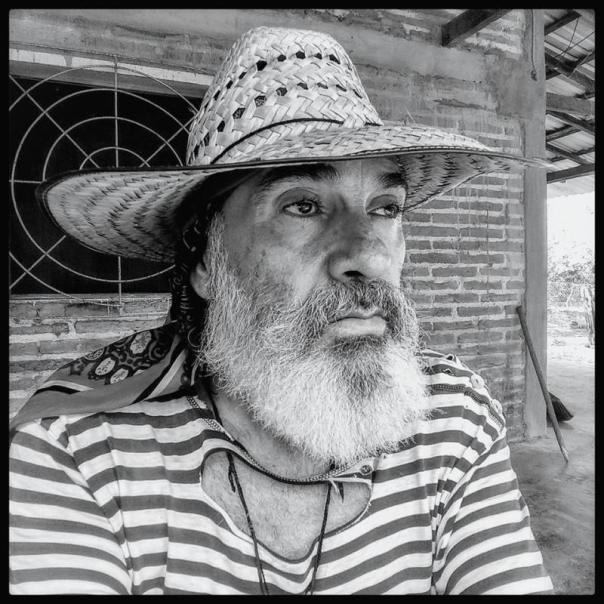 Armed groups linked to local cacique groups have forcibly displaced thousands of indigenous people in municipalities and communities like Chenalhó, Chalchihuitán, Aldama and Chavajeval. And they have generated violence in places like Yajalón. Terror reigns there. Public officials at different levels protect them. Their origins are different an they answer to different interests. In some cases, these groups are the successors of the paramilitaries born from the internal armed conflict. In other cases, they are the creation of local cacique groups. They are members of various political parties. In the administration of Manuel Velasco, as well as in the current one of the Morena member Rutilio Escandón, they have been indifferent to the humanitarian crisis of forced displacements. They have tried to manage and minimize the conflicts, without solving them.

This violence is not a fortuitous event. It comes from the nature of the structure of political power in Chiapas. It is an intrinsic part of its functioning. Here are two examples, among many more. The state’s new attorney general of justice, Jorge Luis Llaven Abarca, is the one responsible for several cases of human rights violations, such as arbitrary detentions and acts of torture committed when he was a delegate of the Attorney General of the Republic and as the head of the Office of Special Prosecutor Against Organized Crime, of the then Attorney General of Justice of Chiapas. Recommendations from the CNDH, such as [Case Number] 26/2002, document it. The new superior auditor, José Uriel Estrada Martínez, was in prison in 2006 after being accused of participating in the torture and execution of the campesino leader Reyes Penagos Martínez.

Many of the surnames that dominate Chiapas politics today are the same ones that decades ago encamped in that state. They are the heirs of the old finqueros (estate owners), now converted into entrepreneurs under the protection of public administration. They re-emerged from the coup that the armed uprising gave them in 1994, first from the hand of the PRD and then from the Green Party and, now, from their local transmutation into Morena. Others are the product of a new generation of politicians. This is the case of Morena’s senators, coming from the ranks of the PVEM (Green Party). Sasil de León is the daughter of Oscar de León González, who arrived in Chiapas in 1994, and founded the Unidad Nacional Lombardista (National Lombardist Unity, Unal), a management and shock group, tightly linked to former governor Julio César Ruiz Ferro, dedicated to fighting Zapatismo. And Eduardo Ramírez de Aguilar, a political operator of former governor Manuel Velasco, a key figure in recruiting the worst indigenous cacique groups linked to the PRI into the ranks of the Green Party [PVEM].

These are just a few of the pieces of the new Chiapas jigsaw puzzle in the 4T (Fourth Transformation). As the classic said, there’s even more…

← Venezuela: gunboat democracy
Zapatismo and the dispute for (present) history →