Posted on May 18, 2018 by Chiapas Support Committee 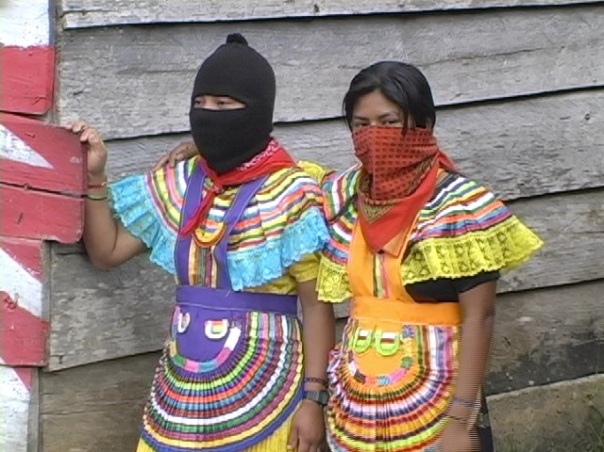 With the crisis of capitalism, the women of poor regions of Mexico have been forced to enter into productive dynamics and take charge of both their families and the work in their communities, which contributes to maintaining exploitation, the anthropologist Mercedes Olivera Bustamante [1] set forth yesterday in University City.

The researcher from the Center for Higher Studies of Mexico and Central America gave the keynote address Ethics and feminisms, which took place in the forum called Mexico 2018 faced with the sociopolitical processes of Latin America and the global crisis, organized by the Latin American Council of Social Sciences (Clacso).

The academic pointed out that among the elements that have impacted women in the crisis, above all the poorest ones, are: the destruction of nature, with a neo-extractivist dynamic, and brutal social polarization, which has placed them in a condition of extreme growing poverty.

“Among the communities in Chiapas we have the experience of the de-structuring of the campesino economy, which has changed the life of the feminine sector in a very important way, because there is a labor crisis to the extent that there is no industrial development or service industry that can absorb the population.”

This phenomenon, she considered, has presented itself since the 1990s, and one of its consequences is the migration of young men and women from Chiapas communities. “The women are the ones that take charge of reproduction and production; they have had to absorb it as something forced. To the extent that the men leave, the women have to take charge of the daily maintenance of their families.”

At this time, “women in Mexico are producing men for migration, with the transfer of the value of our work and of the value of the work of all of Mexican society to United States imperialism,” she emphasized.

In this regard, she said that: “women are not only subsidizing the capitalist system with our caring labor and the reproductive work, which has been something historic, but now also with the productive tasks we carry out. But we must think that it’s not just the work of women, but also this transfer of value from poor countries to the empire, which is something fundamental for sustaining the exploitation and development of capital.”

She also specified that women enter the labor market with a very large vulnerability, because of gender inequality they have not had the same opportunities as men to get training. “Then, the positions that they occupy are those least remunerated.”

One Comment on “Women, a key piece in capitalist exploitation”