Macri’s war against the Mapuche people 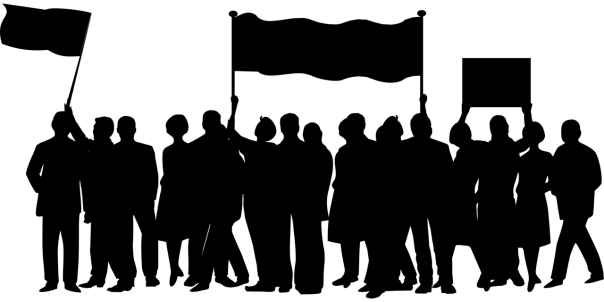 “This is the new Desert Campaign, only not with the sword but with education,” said Esteban Bullrich, then Minister of Education and Sports upon inaugurating a hospital and school in September of last year (goo.gl/JxD7Wl). Beyond the brutality of the words of the current candidate for senator, who competed with Cristina Fernández in the province of Buenos Aires, the phrase reveals what those above think about the Native peoples.

The Desert Campaign (or Conquest) was a genocide perpetrated by the Argentine State between 1878 and 1885, when it grabbed large extensions of territory from the Mapuche, Ranquel and Tehuelche peoples. The indigenous peoples defeated by the forces commanded by Julio Argentino Roca were deported by force into concentration camps, exhibited in museums or carried away for use as forced manual labor.

The underlying motive, that which cannot be expressed in public but is the dark motivating force for the actions, was the expropriation of their territories to incorporate the lands into the market and to expand the republic into zones that, before and now, are considered as “desert,” because they are little spaces fertile for the accumulation of capital.

The Bullriches (the Macri candidate and his Auntie Patricia, current Security Minister) are part of a distinguished family of the Argentine oligarchy, which played a direct role in the Campaign of the Desert.

Historian Osvaldo Bayer showed, based on documents of the Rural Society, which between 1876 and 1903 granted almost 42 million hectares (more that 100 million acres) to 1800 family members and business friends of President Roca. Some families, like that of the former Economic Minister in the last dictatorship, Martínez de Hoz, obtained 2.5 million hectares (more than 6 million acres) for free.

According to a BBC report, a good part of those lands currently belong to Benetton, which owns almost one million hectares (almost 2.47 million acres), being one of the principle owners of Patagonia, in permanent conflict with the Mapuche communities, since the multinational occupies part of their ancestral territories (goo.gl/73JZTy).

Extractivism is the continuation of the Desert Campaign. According to the journalist Darío Aranda, from the 40 mining projects in studies (in 2003), they advanced to 800 projects (in 2015); it went from 12 million hectares of transgenic soy to 22 million in the same time period. “Amnesty International counted a floor of 250 conflictive cases, among which it detected one point in common: there are always companies behind them (agricultural, oil and mining companies, among others) that act with complicity, by act or omission, with the governments” (goo.gl/71ckCG).

The media do the dirty work by linking the Mapuche to the FARC, Kurdish groups and ETA, without any proof, supported only by statements from the governor of Chubut, at the service of advancing the extractive frontier. Bullrich, the Minister of Security, took one more step by pointing out that the Mapuches are a national security problem and accusing them of being “terrorists,” at the same time that she assures that they favor a secessionist project.

“We are not going to permit an autonomous Mapuche republic in the midst of Argentina. That is the logic that they are proposing, the rejection of the Argentine State, the anarchist logic,” says one who in the seventies was active in the armed Montoneros organization (goo.gl/yp2hfU).

Behind all this cackling there is a reality that is what really disturbs: in the last 15 years, after exhausting administrative and judicial bodies, the Mapuche people recuperated 250,000 hectares (more than 600,000 acres) that were in the hands of large landowners, Aranda assures. In other words, despite the repression, criminalization and defamation, the Mapuches are winning.

The State‘s conflict with the Mapuche community Pu Lof in Resistance, in the locality of Cushamen, province of Chubut, intensified in 2015 because of the repression and criminalization of their leaders. The lonko (chief) Facundo Jones Huala, Mapuche authority of the community, was arrested on June 28 of this year, the same day on which Presidents Mauricio Macri and Michelle Bachelet met. The governments accused him of terrorism, arson, theft, threats, and even of having “declared war on Chile and Argentina” (goo.gl/1khbBy).

On August 1, members of the National Gendarmerie raided and burned the community’s installations. Within the framework of the repression the solidarity activist Santiago Maldonado disappeared when he couldn’t cross a river together with his compañeros pursued by the police. As of now, nothing is known of his whereabouts; the government refuses to respond while marches and gatherings intensify demanding his appearance alive.

There are three facts that make those above desperate and explain the repressive brutality.

One, the Mapuche people remain alive; they don’t surrender and they recuperate lands, which is the basis of their reconstruction as a nation.

Two, there is a national and international support campaign. One hundred organizations of Native peoples, Amnesty International, the Peace and Justice Service and the Permanent Assembly of Human Rights, issued a communiqué titled The indigenous struggle is not a crime, in which they say that: “the State privileges the interests of the oil companies and criminalizes the Mapuche people.”

Three is that the Mapuches have constructed the most diverse organizations, among them the Mapuche Ancestral Resistance (RAM, its initials in Spanish), dedicated to recuperating land. Daniel Loncon, a member of the Free Office of Original Peoples, said that among the Mapuches: “some prefer the diplomatic path, but we have also been witnesses to our grandparents that have died going from office to office seeking the legitimation of their lands. In that sense, the RAM is an expression of the Mapuche people that are tired of this historic injustice, but aware of where the economic power is that drives all that. Recuperation is not done to a neighbor, but rather to a multinational” (goo.gl/GEqKq9).

¡Marichiweu! (We will win a thousand times!)

One Comment on “Macri’s war against the Mapuche people”