EZLN: Hour of the Police 4

FROM THE SPOILERS NOTEBOOK OF THE CAT-DOG 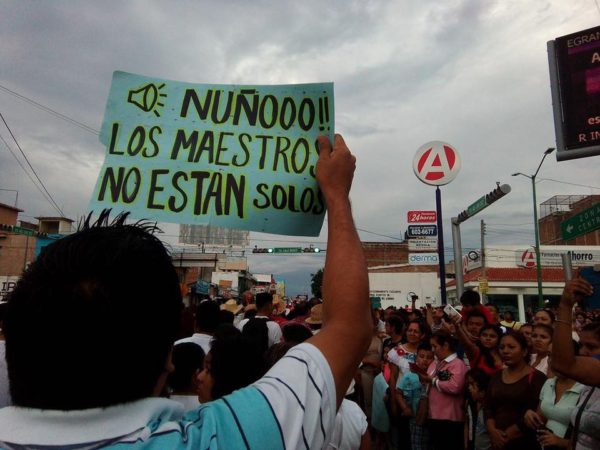 The sign reads Nuñooo!!  The teachers are not alone. A phoyo from demonstrations in Tuxtla Gutiérrez,Chiapas.

– This is the question. What would the most appropriate metaphor be for the sad and gray overseer police aspirant?

We believe, in accordance with his thirst for blood and his cowardice, he would prefer the second. And, just like in the television series “Game of Thrones,” Ramsey Bolton is devoured by the dogs that he used before for attacking others; the paid media that Nuño has used to slander, threaten and attack the teachers in resistance and the communities and solidarity organizations, will be preying on him when he falls.

Could it be said the same way tomorrow?

“Your words will disappear.

Your house will disappear.

Your name will disappear.

All memory of you will disappear.”

To you and the entire system that you serve.

← EZLN and CNI: From the Tempest
Psychosis in Nochixtlán, Oaxaca →