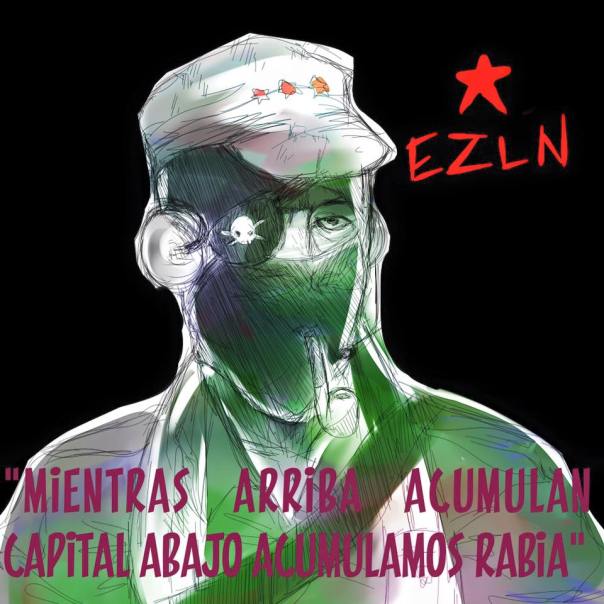 Secondary students brought down the Sao Paulo state government headed by the neoliberal Geraldo Alckmin, who had to withdraw his reorganization plan for the education system faced with massive rejection and strong youth mobilization. In these times of right-wing advances, the student triumph ought to be a reason for celebrations because it illuminates the future that we desire, one of resistances capable of disarticulating conservative plans.

In September the Sao Paulo government announced the reorganization of public teaching with separate centers based on three cycles, which would lead to the regrouping of the students, the closure of 93 centers and the transfer of 311,000 students. Immediately, teachers and students agreed that there would be school overpopulation and attributed the measure to an attempt to lower the cost of the education system.

In October the education workers’ unions and students carried out demonstrations, which impelled the ministry to speed up the reforms and announce the centers that would be closed. All of them are on the periphery, inhabited by the popular sectors, which already suffer a low-quality education.

The first state school was occupied on November 9, in Diadema, the center of a region with a long tradition of union struggle in the ABC Paulista (a region in the state of Sao Paulo on the periphery of the city of Sao Paulo). The occupation had the support of parents and teachers. One week later there were already 19 centers occupied, while justice denied the request to evict by deciding that the students didn’t want to appropriate the centers but rather to open a debate. There were more than 100 centers now occupied on the 23; las universities y unions began to take positions against the school reorganization. There were 196 centers occupied at the beginning of December.

At a certain moment the students decided go out in the streets, to cut off the avenues and diffuse the protest. According to the polls, 61 percent of Paulistas reject the government’s measure and 55 percent support the students, while the governor’s popularity fell to his lowest approval ratings. On December 4, Alckmin decided to postpone the school reorganization for one year.

It’s interesting to look at what happened inside the occupied centers. The students created work commissions to sustain the occupation: food, security, press, information, cleaning, external relations, among the most common. Besides the days work they hold assemblies, convoke debates with professors, parents and solidarity collectives about the most varied themes. They edited a manual (How to occupy a school), inspired in the recent struggles of the Chilean and Argentinian students.

They are thousands of youths from 14 to 15 years of age that are producing a formidable experience, confronting the authoritarianism of the social democrat-neoliberal government, challenging police repression and the media’s manipulations. A new generation of militant youths is living their experience. A movement that is born, becomes massive and triumphs in the midst of the Brazilian right’s largest offensive in many years, and that also shows that there is sufficient social energy, on the outside of the institutions, parties and unions, to change the state of things in Brazil.

The days of June 2013 are the antecedent and immediate referent of the current movement. June was a parting of waters. From that moment on the movements were reactivated, new grass roots organizations and collectives were born in all spaces of society, and the street was converted into the new scene of debates and protests. The militants of the Free Pass Movement, now divided, continues working in the peripheries, where new groups are born against the rising cost of transportation, against the State’s violence, feminist and cultural collectives, which now come together against the school reorganization.

But different than what happened in June 2013, where the dominant norms were large demonstrations that consumed a few hours of the participants’ time, the occupations “demand of the occupants that they assume being political protagonists of the events 24 hours of the day,” according to the analysis of the theater professional and militant Rafael Presto in Passapalavra (http://goo.gl/HP3glz).

Thus the occupations are “an intense formative process, a generation of militants formed in the heat of the struggles.” If to that is added that the occupied centers are converted into spaces where diverse struggles, social movements, artists, militant educators, territorial groups and groups of women converge, we can evaluate the importance of what happened in November.

The way I look at it, there are three aspects to emphasize.

The first is that the social and political energy from below has been capable of defeating an emboldened right, but one that must recede before the potency of the street. That should be a motive for reflection to those who bet everything on the institutions and cannot comprehend that the axis of change is in another place and with other styles.

The second is that the emancipatory energy is always born at the margins and among the youth. Without that youthful fire, of class and gender, possibilities for confronting a process of change do not exist. The last occasion on which Brazil registered a potent process of those below was in the 1970s, when the experience of millions of persons in the 80,000 faith-based communities (ethical commitment), young industrial workers and campesinos displaced by the green revolution, gave life to big organizations: the CUT, the MST and the PT.

Finally, as Presto points out, those who emphasize what the movements lack always appear. “They lack a political project,” they say, when in reality they want to say that: “it lacks a direction that puts things into an order,” of which they wish to become a part. But the young people are now organized, they are already militants, they just don’t aspire to form a part of the institutions that they reject because they are familiar with them. The stone is pierced from below.

Interpreted and Published in English by Compamanuel.com

← Pope Francisco to visit Chiapas
Give with heart & soul: Support the Zapatista communities! →