SupGaleano: About the Homage and the Seminar

ABOUT THE HOMAGE AND THE SEMINAR

To the compas of the Sixth in Mexico and in the World:

I have been asked to let you know that…

Despite the significant increase in military activity in the vicinity of the Zapatista Caracoles (aggressive patrols, intimidating checkpoints, threatening flyovers)—particularly in the caracoles of La Realidad and Oventik (the first has just opened a school-clinic, and the second will host the tribute to Don Luis Villoro Toranzo)…

Despite the tired “new” lies in the paid media /no, there is not and there has not been any proposal for dialogue; no, not since 2001, that is to say that no federal official has approached the EZLN in the last 14 years for any reason other than in an attempt to assassinate the Zapatista leadership; no, the federal and state governments are not looking to improve the living conditions of indigenous people in Chiapas, rather, they are trying to divide communities; no, the only governmental approaches that Jaime Martinez Veloz claims for himself were not to Zapatistas but to the paramilitaries backed (before he took over) by Luis H. Alvarez, Juan Sabines Guerrero, Felipe Calderon Hinojosa, and now Manuel Velasco Coello, Rosario Robles Berlanga and Enrique Peña Nieto, one of whose groups (the CIOAC-H) is responsible for the murder of the compañero teacher Galeano; no, and so forth and so on/…

Despite the fact that out there they’re busy with other things (more important things, right?) and that quickly changing trends in “mobilization” only prove that frivolousness is the overall strategy…

In spite of the fact that dignity reveals, time and again, reality / in the far north of Mexico it is discovered that there are still methods of exploitation from the time of President Porfirio Diaz. “In the North we work and have to support the lazy ones in South,” say the powerful; and while men, women, children and elderly indigenous Triqui and Maya cultivate the fields, the powerful say nothing and kneel before foreign power. In the Valle de San Quintín, Baja California, in what is known as Oaxacalifornia, the day laborers ask for fair wages and labor rights. They boil it down to few words: “we only want justice.” The government represses them “for going around like rowdy troublemakers”: 200 are detained. The governor, a PANista, meets with the commanders of the 67 infantry battalion of the federal army “to maintain social peace.” The top headline in the paid media is “007 in the Zócalo”. The hashtag #SanQuintinEnLucha isn’t trending / …

In spite of it all…

Or precisely because of it all…

the EZLN confirms the celebration of:

– The homage to the compañero Luis Villoro Toranzo and Zapatista teacher Galeano, on May 2, 2015, in the Caracol of Oventic, Chiapas, Mexico. In this homage, in addition to the Zapatista compañeras and compañeros bases of support, the following people have confirmed their participation: Juan Villoro Ruiz, Fernanda Navarro, Adolfo Gilly, Pablo Gonzalez Casanova, Don Mario Gonzalez Contreras, father of César Manuel Gonzalez Hernandez, one of the 46 missing from Ayotzinapa, and Doña Bertha Nava, mother of Julio Cesar Ramirez Nava, one of the 46 missing from Ayotzinapa; as well as family members of compañero teacher Galeano and Zapatista autonomous authorities of the 5 zones.

– The kick-off of the seminar “Critical Thought Versus the Capitalist Hydra,” convoked by CIDECI-Unitierra and the EZLN’s Sixth Commission on May 3-9, 2015, in the mountains of the Mexican southeast. I have been told that the following people have confirmed their participation in the Seminar:

From the concierge of the Little School, stacking boxes and more boxes marked “FLUNKEES.”

Section entitled “From the Diaries of the Cat-Dog”

Imagine you are having a nightmare. You find yourself in the midst of a desolated landscape. Not like after a war, but rather as if in the midst of its horror. On the right side of the road dividing the landscape is a modern building complex. At the entrance, a sign gives notice or warning: “Visions of Reality Mall.” Two modern imposing buildings stand out. The marquee for one of them reads, “Course in Ethical Journalism and Objective Reporting. Taught by: Ciro Gómez Leyva, Ricardo Alemán, Joaquín López Dóriga, Javier Alatorre and Laura Bozzo.” The building by its side announces: “Course in Ethical Journalism and Objective Reporting. Taught by: Jacobo Zabludovski and 4 others from the only remaining free and independent spaces.”

That’s why you understand why there are long lines to get into one place or the other.

You are feeling self-congratulatory due to the fact that there are informational options for every preference when you hear, in a corner to the left, a little girl trying to play the tune of “the long and winding road” by the Beatles on her school flute.

You, unable to hide your irritation at the child’s off-key notes, realize that on the left side of this long and torturous road there is a group of beings (incomprehensible, of course), constructing little huts (miserable little things, of course), and their signs do not offer courses or discounts, of course, but rather manage only to stammer “free, autonomous, alternative, or whatever you call them media.”

You are faced then with a dilemma: either you—generously of course—widen your criteria, your tolerance, your inclusiveness, your civility toward this side of the road; or you feel grateful that there are things that never go out of style (like the bulldozer, the nightstick, the police, the antiriot squads). You are paralyzed in the face of this complex dilemma. Since you don’t know what to do, your smartphone—thanks to a modern application that gives you a zap whenever the hard drive is reconfigured (yours, of course)—activates in order to awaken you. You come to attention, but everything looks the same: the war landscape, the fancy buildings on the right side, poor ones on the left. Ah, but instead of the out-of-tune flute playing “the long and winding road” you hear a disconcerting rhythm, a mix of ballad-cumbia-corrido-ranchera-tropical-hiphop-ska-heavy-metal that, played on the marimba, launches into “Ya se mira el horizonte…” [the Zapatista anthem].

In that terrible situation you know that you have to take drastic measures. But you can’t decide, should I get a new cell phone, or just update the operating system? That, my friend, is a real dilemma. But to vote or not to vote, what is that??

On the paid media:

– They say that those wise men and women, of grand studies and knowledge, realized that what the ignorant, illiterate, and pre-modern indigenous said was true: “in capitalism, the one who pays rules.”

– On the “five free and independent spaces” and Molotov: uh oh, it seems that Jacobo did make someone stupid. [1]

– Break-up conversation of a postmodern couple: It’s not you, it’s the context.”

– The following message came from Italy: “So-and-so said he would only attend (the seminar) if he could personally talk to subcomandante insurgente marcos.” When the deceased heard that, thinking the message was from Monica Bellucci, he began to stir in his grave. Later they told him who the message was from and, disappointed, the deceased settled back down. SupMoy said to just send a message back that “il supmarcos e morto, se volete, potete cercare in inferno” [Italian in original] along with a calendar. Questioned on the subject by Los Tercios Compas S.A. (without) C. (nor) V. of (i)R. (i) L.[2] (note: use of this brand prohibited without the express written consent of those who (can’t) pay for it), SupMoy declared “the thing is that there are people who don’t realize that we are in 2015.”

– Pst. Pst. The organization of the seminar is a mess. But pretend you didn’t hear that. Place yourself in harmony with the universe. Now repeat with me “ommmm, the seminar is already organized, ommmm.”

I testify: meow-woof (and vice versa). 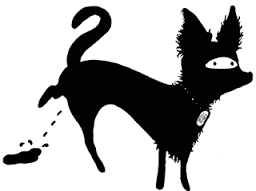