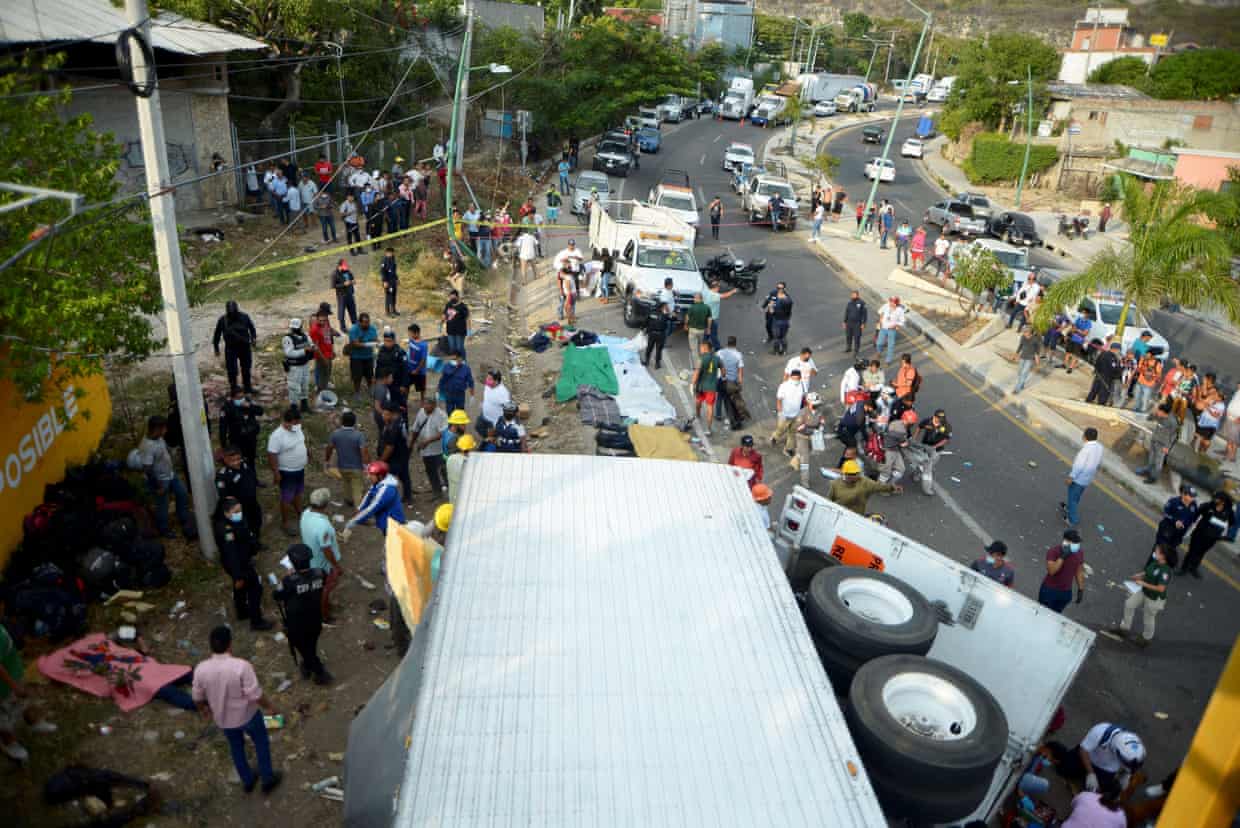 In Tres Veces Mojado (Three times a Wetback), Los Tigres del Norte, those essential chroniclers of the migrant feelings and experiences, sing and tell the story and the sacrifices of a Salvadoran in search of the American dream. The song, composed by migrant Enrico Franco Aguilar, says: “Three borders I had to cross/undocumented I walked through three countries / three times I risked my life/and for this they say I’m a wetback [1] three times over…” (https://bit.ly/3oOVAyC).

The piece, practically a hymn for those who exercise their right to flee from Central America, tells of the enormous suffering that must be endured to cross borders without papers. “In Guatemala and Mexico, when I crossed over/twice I was saved from becoming a prisoner/ The same language and color, I reflected/How is it possible that they call me a foreigner,” the corrido [2] goes.

The drama of the Central American migrants, as exemplified in the song, is more serious than that of Mexicans in the United States. Before arriving at their final destination, they must traverse Mexico, suffer extreme hardship, hostility and extortion by the police, and expose themselves to assaults and kidnapping, and— for the women —to rape.

Shamefully, opinions in the country that the migrants damage communities, that they are delinquents and criminals are widespread. They blame Hondurans, Guatemalans, Salvadorans and now, Haitians for the insecurity that is experienced. They treat them in the same way in which many U.S. citizens treat our fellow countrymen that cross the border.

Migrating is a mixed experience. Those who make the decision to go and make their life outside of their national borders leave behind violence, insecurity, poverty, hardship, and oppression, and seek to make their dreams a reality. Poverty is not the only thing that forces one to migrate. The emigrant wants to live. However, frequently, their dreams transform into nightmares. The tragic accident in Chiapa de Corzo, Chiapas in which at least 55 migrants died, travelling in an overcrowded trailer at the service of a mafia of human traffickers, is the demonstration of how this flight to a better life sometimes ends in misfortune.

As Alberto Pradilla has narrated, the victims had to pay the smugglers 11 thousand dollars per adult and 4 thousand per minor, in order to be transferred from the border to Houston, Texas.

Matteo Dean, a young researcher of the labor world, tragically deceased, explained the semantic limitations of the term “migrant” and how these language limitations express the ineptitude at handling this hot potato. “Upon writing the word migrant —he warned — most computer text editing programs indicate an error. The spell-check explains that there are the words immigrant or emigrant. The absence of the word ‘migrant’ from the semantic framework is not a coincidence. The limitations of a language? Maybe, or maybe just the limits of a language that still is not capable, and does not want to be capable of explaining, and recognizing, a real phenomenon —that of the migrant.”

Migration is as much a colonial heritage as a product of neoliberalism. Its effect has modified human boundaries. The geography of capital is not a geography with clear lines between the center and the periphery. There is more and more periphery in the center and center in the periphery. A study of the current migratory flow cannot stop at a north-south approach because it is no longer possible to trace precise, absolute boundaries. There is a continuous geographic redefinition. The borders of exploitation are reproduced in the transnational space. Crossing the Mexican territory, citizens of the most diverse nations and regions of the planet seek to arrive surreptitiously to the United States — besides Central Americans, Brazilians, Haitians, Chinese and Korean, also from Congo, Cameroon and Sierra León.

The border is a system of gates that is filled or emptied depending on the necessities of the labor force and the pressures to lower its cost. The key that locks the entry to the land of promise for many, opens it for others. In the United States the working class not only has two sexes, but many nationalities. Available to work more hours for less salary and without social security, undocumented workers make it possible for the great masters of empire to prosper, and the work that others don’t want to do is carried out. The emigrating workers in the metropolis, John Berger affirms, are immortal — they are always interchangeable. They have only one function: to work.

Guatemala is a huge warehouse in which drugs, weapons, pirated items, stolen cars, and human beings are stockpiled, a business for criminal gangs with networks of complicity among Guatemalan and Mexican authorities. They are vertically integrated. Their merchandise enters Mexico through a porous border of 965 kilometers. In the 20 Chiapas municipalities nestled in that territory, they have infrastructure, organization and relationships to move the products to their destination with impunity.

In Mexico, militarized routes and borders force undocumented people into the hands of smugglers and organized crime. According to the National Immigration Institute, this year 225,000 people were detained, 35 thousand in operations targeting trailers. Many more have crossed this way.

Mexico’s southern border is experiencing a humanitarian crisis. It is not the result of some conspiracy. It is the result of having turned the National Guard into a sort of Border Patrol surrogate, internalizing U.S. immigration policy.

[1] Wetback is a derogatory term used to describe undocumented persons living in the United States. The term initially referred to Mexicans who crossed the border by swimming or wading across the Rio Grande.

[2] Corridos are traditional Mexican ballads that usually narrate a story or historical event.

Originally Published in Spanish by La Jornada on Tuesday, December 14, 2021

← CIDE and the Acteal Massacre
Imperialism, migration and the international working class →