Chiapas on the Brink of Civil War 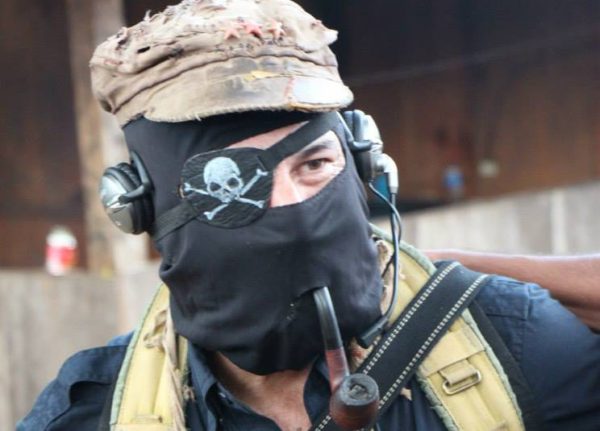 To the People of Mexico:

To the Peoples of the World:

A Europe of Below and on the Left:

First – On the day of September 11th 2021, in the morning hours and with the Zapatista airborne delegation finding themselves in Mexico City, members of the ORCAO, a paramilitary organization in service to the government of the state of Chiapas, kidnapped the compañeros Sebastián Nuñez Perez and Jose Antonio Sanchez Juarez, Autonomous Authorities of the Good Government Council of Patria Nueva, Chiapas.

ORCAO is a political-military organization of a paramilitary nature — it has uniforms, gear, weapons and a fleet obtained with the money that it receives from social programs. They keep a portion and the other portion is given to officials in order to publicize that they are complying with the social programs. With these weapons, they are firing every night on the Zapatista Community of Moisés Gandhi.

The EZLN waited patiently until all of the possible channels for a solution were exhausted. While the Chiapas state government sabotaged and hindered the release, it was the organizations in defense of human rights and the progressive Catholic Church who rightly assessed what could be done.

Second – The compañeros were deprived of their freedom for 8 days and were released today, the September 19, 2021. Thanks to the intervention of the parish priests of San Cristobal de las Casas and of Oxchuc, both belonging to the Diocese of San Cristóbal. The compañeros were robbed of their communications radio and six thousand pesos in cash that belong to the Good Government Junta.

Third – The crime of kidnapping is punishable by the laws of the bad government and by Zapatista law. While the Chiapas state government was concealing and encouraging these crimes, and did nothing, the Zapatista National Liberation Army began to take the necessary measures to free the hostages and arrest and punish those responsible for the crime.

Fourth – If the conflict did not escalate to the point of a tragedy, it was because of the intervention of the aforementioned parish priests, the human rights defense organizations, and the mobilizations and denunciations that were carried out in Mexico and, above all, in Europe.

Fifth – The disgoverment of Rutilio Escandón is doing everything possible to destabilize the Mexican southeastern state of Chiapas:

It sabotages the agreements made between the democratic teachers and the federal government, forcing the teachers to mobilize radically so that the agreements are fulfilled.

Its alliances with drug trafficking incite the indigenous communities to form self-defense groups, because the government does nothing to protect life, liberty and property of the inhabitants. The government of Chiapas not only conceals groups of drug traffickers, it also encourages, promotes and finances paramilitary groups like those that are continuously attacking Aldama and Santa Martha.

It is pursuing a purposefully slow and disorganized policy of vaccination which is sowing discontent in the rural population that will not take long to explode. Meanwhile, the number of Covid deaths in the communities is rising without being taken into account.

Its officials are stealing all they can from the state budget. Maybe they are preparing for a collapse of the federal government and betting on a change of the party in power.

Just now it tried to sabotage the departure of the Zapatista delegation that is participating in the Journey for Life, European Chapter, ordering the kidnapping of our compañeros by ORCAO paramilitaries, letting the crime go unpunished, and trying to provoke a reaction from the EZLN with the aim of destabilizing a state whose governability hangs by a thread.

Sixth – If the objective of the Green Ecologist Party of Mexico (PVEM) is to provoke a problem that will have international repercussions, as well as destabilizing the regime in power, it is better to resort to the recall referendum.

The PVEM is one of the names that the old PRI uses in these lands. Sometimes it’s the PAN, sometimes it’s the PRD, but now it’s the PVEM, poorly disguised as the Party for the Movement of National Regeneration. They are the same criminals as before and now they are part of the poorly named “opposition” movement, like the “Fifth Column” in the 4T.

Those responsible are: Rutilio Escandón and Victoria Cecilia Flores Pérez.

If what you want is to remove the current federal government, or cause difficulties such as reprisals for the criminal investigations against you, or if you are playing on one of the factions that is vying for the 2024 election, use the legal channels to which you have access and stop now with playing with the life, liberty and property of the Chiapanecos. Vote and call for a vote for a recall mandate and stop playing with fire, because you are going to get burned.

Seventh – We call on the Europe of below and to the left, and on the National and International Sixth to demonstrate in front of the embassies and consulates of Mexico, and in the houses of the Chiapas state government, to demand that they stop right now with their provocations and abandon the cult of death that they preach. The date is Friday, September 24th of 2021.

In light of the action and negligence of the state and federal authorities in the face of the current and previous crimes, we will take the necessary measures to bring the criminals of ORCAO and the officials who sponsor them.

That is all. On another occasion there will be no communiqué. That is, there will not be words, but actions.

From the mountains of the Mexican Southeast,

In the name of the CCRI-CG of the EZLN

← The EZLN Breaks the Racist Siege for Now
The Chiapas hell →

One Comment on “Chiapas on the Brink of Civil War”