Change in era and ethnocide 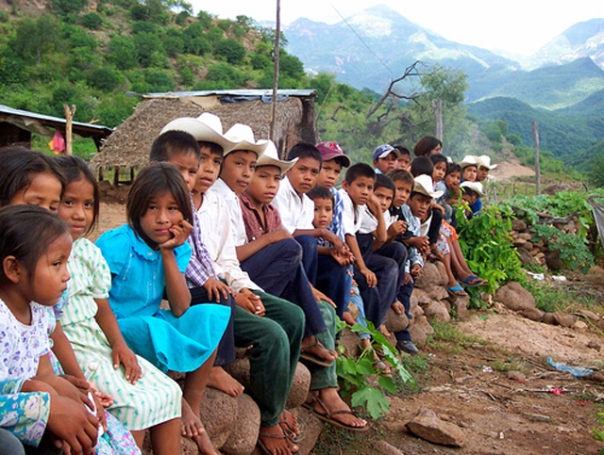 I have to tell you that I am indeed amazed. I did not think things would be like this. I believed that the Fourth Transformation (4T, Cuarta Transformación, for more on the 4T, click here, ) would imply a substantial change in the way megaprojects were developed. But no. I hope you will put on your thinking cap quickly. I ask myself: Where is the National Institute of Indigenous Peoples (INPI, Instituto Nacional de Pueblos Indígenas)? And where are all my friends who are in their offices and who haven’t done anything? The previous words were said by Armando Haro, a PhD in social anthropology and member of the Kabueruma Network (Red Kabueruma), composed of researchers from diverse academic institutes meant to support the peoples of the Mayo River, who are being affected by the construction of the Pilares dam. He pronounced these words after listening to the testimony of members of the Guarijío people, who live on the banks of the Mayo River, where the locks were closed this past July 8 so that the dam would start filling up with water.

The system for the protection of human rights, with all its advances, once again broke down in the face of economic interests. The legal protections that were won were useless, as were the complaints filed with the National Commission on Human Rights (CNDH, Comisión Nacional de los Derechos Humanos) and the request for precautionary measures made to the InterAmerican Commission on Human Rights (CIDH, Comisión Interamericana de Derechos Humanos), institutions whose function is to safeguard human rights and order their restitution when they are violated. Neither did the promise made last October formulated in public by the President of the Republic stating that works would not be built without first consulting with the affected peoples. With the forceful action of dousing them with water, families are gripped by fear and desperation. The people are quite angry and indignant by all the corruptions and impunity with which economic powers bribe and pay mercenaries to consummate the blow.

Not for less: The constructions will profoundly affect their already precarious life. The flooding will take away the tribe’s riparian eco-system and, with that, gravely undermine their bicultural relationship with their ancestral territory and sacred sites. The dammed-up waters will overtake the network of roads that for so many generations have made it possible for them to control their resources. And they will become incommunicado, no longer having clean water from the river. It will become impossible for them to plant seasonally their mahueches [medicinal plants?] and milpas [cornfields]. Their displacement is imminent. But what causes them anguish and fills the Guarijíos with fear are the immediate consequences. “They realize the summer rains are coming and that they will remain shut in. As much as we warned the ‘responsible’ offices about the case, everything seems to indicate that Mesa Colorada, Chorijoa and other nearby rancherías [settlements] will become isolated because they did not know or foresee this aspect of the ground roads being flooded.”

What the Guarijíos, in the voice of Dr. Armando Haro, denounced was the making of an ethnocide as defined by Rodolfo Stavenhagen, the first rapporteur of the United Nations on Indigenous Peoples. “The process by which a people…loses their identity due to policies designed to undermine their territory and base of natural resources, the use of their language and political and social institutions, as well as their traditions, art forms, religious practices and cultural values. When governments apply these policies, they are guilty of ethnocide.” Nothing has changed in these times of change. The government’s policies will deprive the Guarijíos of their territory, whereupon many will have to migrate and they will lose their language, their traditions, their art and, in general, their cultural values. As has happened with many Indigenous peoples affected by the construction of dams throughout history.

This is the same thing that has been explicitly recognized with the construction of the Maya Train, which for its promoters, ethnocide has a positive opposite: ethno-development. This has led the anthropologist Benjamin Maldonado to affirm that to see ethnocide as enabling ethno-development is a clear political position. There is no change in focus because the Fourth Transformation is the fourth reiteration of the same will of power. For the State, ethnocide is a form of ethno-development. From the Indigenism of Gamio to that of López Obrador this has been suffered.

The arenas of struggle have been well defined. The horizons as well. The pandemic that we suffer today and that overwhelms us all has somewhat overshadowed the changes of the times that we are living. But that they exist, they exist; and they represent a great challenge that requires intelligence and imagination to be able to overcome this crisis that we have to live through. From the state apparatus, the positions have been set. The peoples’ position, which in the end is all that counts, is being configured. Step by step, with its own time and resources, like they have done so historically. You have to learn to look at it and then not be fooled.-

← The Maya Train and the right to Indigenous Autonomy
Paramilitaries shoot a teenager in Aldama, Chiapas →