The 4T: politics for life or death? 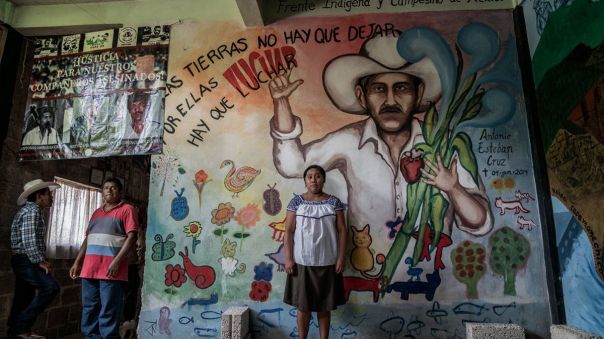 The mural portrays Antonio Esteban, an environmentalist in Puebla, murdered in 2014.

The classic distinction in conventional politics between “lefts” and “rights” is being undrawn to give way to a new dilemma. Now it’s increasingly necessary and adequate to speak of “politics for life” and “politics for death.” As we saw in a previous installment, the devastating attack of a transnational oligarchy that barely reaches one percent of the human population extends and intensifies throughout the planet, destroying nature and humans alike. The ecological depredation and exploitation of human labor continues as corporate capital bends governments of all kinds to put them at their service, giving rise to what we have named “black holes of modernity.” This displacement of the old political geometry by a challenge of greater transcendence results from globalization and from the impact that industrial societies have on the balance of the planetary ecosystem. The conjunct of these politics for death leads to a collapse of civilization, as is analyzed and discussed with more intensity and frequency in innumerable circles (think tanks) of the world.

As has been confirmed by comparison to the Latin American “progressive governments” or [governments] of the left, this dilemma between eco-politics (or bio-politics) and necro-politics, upon being ignored, became a time bomb that ended up exploiting them, united in various cases into the corruption of leaders and parties. What are in dispute are the territories and their rich visible and hidden resources. In the Mexico of today, the sparks that generate the fires are precisely the conflicts that emerge from the clash (of civilizations?) between the projects of death of the private and state corporations, and the projects of life woven and long-held by the human communities, their natures and their regions. We’re talking about 560 socio-environmental conflicts, according to our sources, which have already left a trail of violence and death: 503 cases of community defenders attacked between 1995 and 2015 (threats, illegal detentions, physical attacks, criminalization), according to the thesis of the UNAM researcher Lucía Velázquez Hernández, and that reaches 125 activists murdered (data from Global Witness and the Mexican Environmental Law Center: https://www.mexico.com/nuestras-causas/mexico-el-cuarto-lugar-donde-asesinan-a-mas-ambientalistas/. 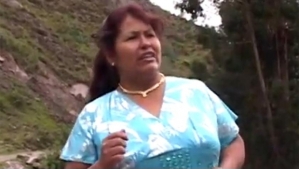 The murder of Samir Flores (2/20/19), an indigenous Nahua and one of the principal leaders of the opposition to the Morelos Integral Project (gas pipeline and two thermoelectric plants), is only one of the four environmental defenders murdered since the change of government. Those murdered before Samir Flores were: Estelina López Gómez (01/23/19) from the la Santo Tomás community of Amatenango del Valle [Chiapas]; Rafael Murúa Manríquez (01/20/19), director of the Radiokashana community radio, and Manuel Martínez Bautista (12/24/18), from Yahualica, Hidalgo.

As we pointed out in a previous text (“Will the new government conquer neoliberal fantasies?” https://bit.ly/2Tf0sy5), the new government is obliged to confront and take a diaphanous position on these territorial battles. Each concession (tactic?) that the Fourth Transformation (4T) makes to the “industrial ogre’s” projects of death in both its corporate and state versions, reveals a lack of long-term visualization, because we are already facing a challenge on a civilizational scale in which not only are the destinies of a social system being played out social, but a “way of conceiving the world” and of the human species itself. Therefore, the traditional communities cannot be sacrificed, once again for the sake of “progress” and “development” of the nation (which is the litany of neoliberals), and much less in the name of a consultation imposed and oriented beforehand by the state power.

Why does the new government start to repeat the errors of the progressive regimes in Latin America? Behold, here the question leads to a greater imbroglio, to a supreme lack: no theoretical clarity exists and, therefore, tactics and strategy in the 4T, because this nation, as an electoral slogan, from the visionary head, brilliant and pragmatic, but also solitary and limited as a leader, and not from collective discussion that is from a political program. There are thus only immediate reactions to each problem, whose repetition will be irremediably marking a vague, confusing, contradictory and, therefore, erratic policy. Until a political program that gives corpus to the 4T is collectively analyzed and clarified, the current government will go on inexorably diluted until, once again, the right reaches us.

One Comment on “The 4T: politics for life or death?”