Raúl Zibechi: “What the progressive governments have done is deepen capitalism” part 2 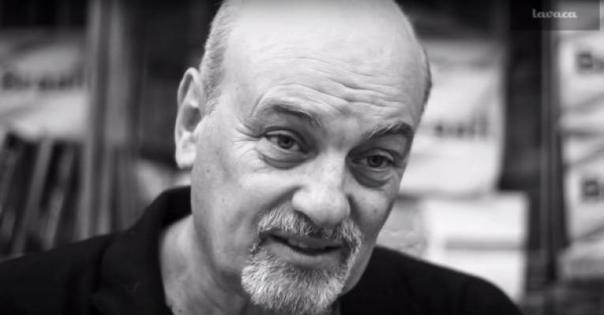 –What does the arrival of López Obrador represent for the American continent?

-I would like to say that it represents something for the region, but I don’t think that it represents anything, because from the point of view of Latin American regional integration, it doesn’t contribute anything, and from the point of view of a turn to the left in the region, it’s no longer possible, and doesn’t contribute anything either, and because the foreign policy, as far as I understand it, is going to be totally aligned with the new NAFTA and with the policies of Donald Trump. Then I don’t expect anything.

If it had been ten or fifteen years ago, something else could be expected in a different climate, but nowadays, when there is a trade war between China and the United States, when there is a crispness in international relations and a very strong intransigence, like a week ago when Trump and Macron fought and there was a very strong mutual withdrawal… because there is no chance for any other policy.

–Let’s talk about the social movements inside the progressive governments.

–The progressive governments have been masters at the art of deactivating social movements and social protest. They have blinded the social bases of their movements with social policies, small cosmetics that enthused many people that had never before received anything. They also coopted the leaders of those movements.

The personal politics of the progressive governments comes from below, the technocratic cadres that are in the front were born in and are familiar with the organizational culture of the social movements; then, when they are above they know very well what keys to touch in order to weaken them, and that is very dangerous.

There are two things that put the social movements in danger. First, the State is clothed with the legitimacy of progressivism, and a State with legitimacy, a strong State, is dangerous. Then, the knowledge of below that has arrived up there above is destined to weaken us. And these two questions can be enormously predatory for the popular movements. An example is Bolivia with Evo Morales and Álvaro García, who disguised themselves by saying that it was the government of the social movements and then made State coups to them.

In Argentina there is the piquetero [1] case. The piquetero movement was completely neutralized, dispersed and destroyed due to the social policies. There is a manual in a book at the Ministry of Social Development, where Nestor Kirchner’s sister was; it says that the Ministry’s ideal official is “that social activist who in the ‘90s opposed and organized people in the social base of territories against the neoliberal model.” They suck political cadres and activists (militantes) and knowledge towards the States and that is a very defining and fundamental element.

The third example can be the Brazil’s compañeros in the Movement of those Without Land and of those Without Homes, very important movements, very good fighters, with an impeccable trajectory, who recognize that Lula and Dilma delivered less land with the agrarian reform than the neoliberal government of Fernando Henrique Cardoso, but even so, they supported them because there was a stream of money destined to education, housing, etcetera. These are potentially revolutionary movements that were completely neutralized.

–And the case of Mexico, a country you have also known very well since a quarter of a century ago.

–In Mexico there are many potent movements. The urban movements have a long trajectory of having been dispersed, above all by the PRD governments, but the indigenous movements worry me a lot; they are a minority of the population, but very important, and what worries me is the isolation and the possibility of blows or surgical repression. I worry a lot that in the next six years there will be a process of weakening of Zapatismo and of the CNI, and of other indigenous and popular movements, the ones that have been opposed to the large projects.

There is a high quality operation. The consultations (consultas) that have been held and those that are going to take place are mechanisms of disarticulation of protest. Tomorrow you can say that you are against the Maya Train (Tren Maya) for this or that reason, and they will tell you to go and vote. In the consultation (or vote) about the airport, there were a million votes, but I believe that in the coming consultations more people can vote, and if more people vote the greater the legitimacy of the consultation will be, even though it may be illegal, without legal support and without any kind of sustenance.

Let’s suppose that they respect the consultation. The message that the progressives and López Obrador are sending is that conflict isn’t worthwhile because it’s risky, and that voting or supporting the Government is going to solve the problems. The consultation’s mechanism seeks to encasillar and drive protest into the terrain of the ballot box. Why am I going to oppose the highway if I am against it and I am able to vote? And if I lose, at least I was able to opine in a democratic exercise in which I didn’t have to put my body [on the line] and the police didn’t hit me. What’s done is to delegitimize conflict and delegitimize protest, and that goes hand in hand with isolating those who protest. Those who protest in isolation quickly become victims of state repression. That is the risk that I see there.

On the other hand, I am sure that López Obrador will retire. I don’t think that he can be re-elected, although I imagine that he is already thinking of being re-elected. Six years will pass, Morena will go away or not, but Zapatismo is going to continue standing, and that is important because the struggles are five centuries old and they are not going to disappear because there is a government that smiles or has good manners.

–There will be resistance. What the progressive governments have done is deepen capitalism, brought more capitalism, more transnationals and more monopolies. Making megaprojects in the south is for coopting the rest of Mexico, because it has been the most rebellious zone and we all know that. The peoples are going to resist. There are a lot of people who, as we say in Uruguay, “don’t swallow the pill,” they are not deceived. The people are alert, and besides, they already have 15 years of our experience and know what happened in the south. One would have to be a little more optimistic.

–What role do Donald Trump and the United States play?

–Trump is more than Trump. It’s the greatest intransigence of the dominant classes, of the rich, and the greatest intransigence of the Pentagon, which has as much weight as the dominant classes. These people are inclined to war, to militarizing the global scenario. The trade war against China is a war and, for now commercial. The war is going to escalate and it’s probable that we will arrive at wars between nations with nuclear weapons, that which the Zapatistas call the collapse.

The Trump regime has aspects of the collapse; it is a manifestation of the crisis of the system, of Yankee imperialism, but it is also a manifestation of the fact that they can gamble on the collapse before jumping from the frying pan that they created or fearing that it is running away from them. A horrible scenario! Whoever comes after Trump, although it may be a Democrat, is going to follow in many of Trump’s footsteps. The government of Trump is not a parenthesis, but rather a shift in the strategies of the dominant classes.

The United States gambles more and more on the absolute subordination of Mexico. It is a backyard of which they are not going to loosen their claws and, therefore, in that project of having a subordinate Mexico, the López Obrador government can even come out very well, because of bringing the megaprojects to the south, of facilitating the flow of merchandise, commodities, minerals, timber, everything there is to take out, the monopolies view him very well, and even more if he manages to appease a part of the citizenry.

What this government or any government is not going to achieve, for now, is lowering the levels of violence, femicides and drug trafficking activity, of illegality. That is something important to the United States, because ever since the war on drugs it gambles on violence, on the Plan Merida [the Merida Initiative], on the decomposition of the social fabric. All are plans of the empire that López Obrador is now going to execute. With this gentleman they are also going to complete the plans that deepen capitalism, monopoly, and what the Zapatista compas have called the Fourth World War, the dispossession of the peoples. That’s what is the order of the day.

–Finally, what is your reading of the migratory phenomenon that we are experiencing these days from Central America towards the north?

–I want to believe that a movement is being born with this massive march of migrants, because before migration was individual, of families, drop by drop, but now it is massive and organized. In order to mobilize seven thousand people all together one must be organized. Competent that it is the first of many marches and if so it’s good, because solitary migration is easily repressed, vulnerable, but with this people have probably come to the conclusion that it’s better to migrate in mass in order to be more protected. I am not clear that Trump will be able to impede the passage of migrants through the border, despite all the gargling he does. It’s a very high political cost. The good news is that something new is being born from below.

[1] The Piquetero Movement – A movement of unemployed workers that united to secure a sustainable life in Argentine. Piquetero means picketer.