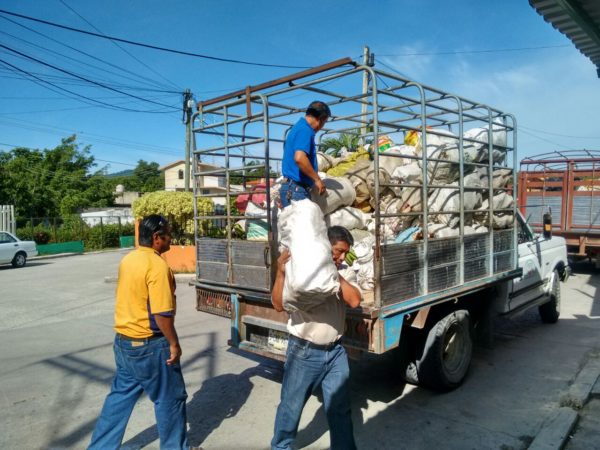 The evolution of war in the last century, in relation to population, offers us clues about the type of society in which we live. Until the First World War the fighting happened between national armies, at the barricades, where big slaughters were produced that inflamed worker consciousness. They affected the population indirectly, because of the massive death of their sons and brothers. When they did it directly, most of the time they were “collateral damage” of the conflict or, occasionally, warnings to weaken the morale of those who were fighting at the front.

The Second World War changed things radically. From the Hamburg and Dresden bombings to the atom bombs over Hiroshima and Nagasaki, passing through the Japanese bombing of Chongqing to the German concentration camps, the objective passed to be the population. There is a before and after of that war and of the concentration camps, as Giorgio Agamben points out, since the camp as well as the “strategic bombing” became paradigms for modern war policy.

It’s not about the appearance of aviation as a central form of combat. To the contrary: aviation became decisive because the objective passes to being the population. Vietnam is another point of inflection. It is the first time that United States deaths are counted by the thousands, with a much greater impact than in previous wars. Starting from there, the air war doubles its importance for avoiding entering into body-to-body combat with the inevitable result of U.S. deaths.

Accumulation by dispossession (open sky mining, mono-crops like soy, and the mega-projects) has a logic similar to the current war, not only for the use of herbicides tried in the war against the Vietnamese people, but also for the same military logic: to clear the field of the population in order to seize the commons. For dispossessing/robbing, it’s necessary to take half away from that disturbed people; it is the reasoning of capital, a logic that is worth as much to the war as to agriculture and mining (http://goo.gl/OBH7an).

Therefore, it’s important to refer to the current model as “the fourth world war,” like the Zapatistas do, since the system behaves that way, including of course allopathic medicine that is inspired in the principles of war. The EZLN’s arguments square with those of Agamben, when he points out that domination of life through violence is the dominant mode of government in current politics, particularly in poor regions of the global south.

The brutal repression of the teachers in Oaxaca shows the existence of a totalitarianism disguised as democracy, which according to Agamben is characterized by “the installation, by means of a state of emergency, of a legal civil war, which permits the physical elimination not only of political adversaries, but rather of entire categories of citizens that for some reason turn out to not be able to integrate into the political system (El Estado de excepción, p. 25). The same author reminds us that since the concentration camps there has been no possible return to classic politics, which was focused on demanding from the State and interaction with the institutions.

How to name a form of accumulation anchored in the destruction and death of a part of humanity? In the logic of capital, accumulation is not a merely economic phenomenon, and thus the importance of the Zapatista analysis that places the accent on the concept of war. I want to say that the type of accumulation that capital needs in the current period, cannot but go preceded and accompanied structurally by war against peoples. War and accumulation are synonymous, to such a degree that they subordinate the nation-State to that logic.

The type of State adequate for that class of accumulation/war is the weak point of those who analyze “accumulation by dispossession” or “post-extractivism.” In these analyses, beyond the value they possess, I find several problems to be debated in order to strengthen the resistances.

The first is that it’s not only about economic models. Capitalism is not an economy; it is a system that includes a capitalist economy. In its current stage, the extractive model or accumulation by robbery is not reduced to an economy, but rather to a system that functions (from the institutions to the culture) as a war against the peoples, as a mode of extermination or of accumulation by extermination.

Mexico is the mirror in which we can watch the peoples of Latin America and of the world. The more than 100,000 deaths and the tens of thousands of disappeared are not a deviation of the system, but rather the nucleus of the system. All the parts that make up that system, from justice and the electoral apparatus to medicine and music (for just a few examples), are functional to extermination. “Our” music and “our” justice (and that way with all aspects of life) are part of the resistance to the system. They are broken off or separated from it. They don’t form part of a systemic whole, but rather they now make up “another world.”

The second question is that the state institutions have been formatted by and for the war against the peoples. Therefore it has not the least sense of dedicating time and energy to incrusting itself in them, except for those who believe (by ingenuity or petty interest) that they can governor them in favor of those below. This is perhaps the principal strategic debate that we face in this somber hour.

In sum, creating and caring for our spaces and protecting each other from above without letting us be seduced by its scenarios, becomes the vital question for our movements. We remember that, para Agamben, those secluded in the countryside are people that: “anyone can kill without committing homicide.” This way of seeing the current world better explains the facts Ayotzinapa and Nochixtlán than speeches about democracy and citizenship, which appeal to the system’s justice.

← EZLN: The CompARTE Festival and Solidarity
CompArte is happening at CIDECI →