Zibechi: Everything solid vanishes at the polls 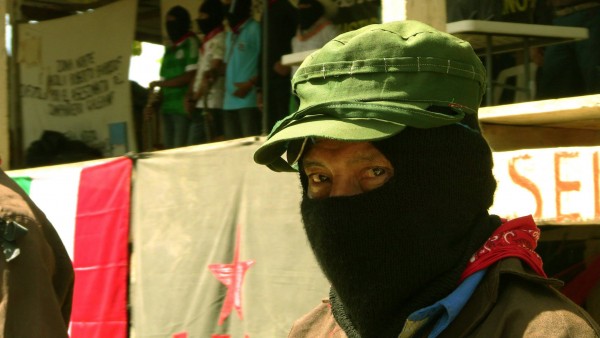 Four decades ago, the Peruvian intellectual and militant Alberto Flores Galindo threshed his opinion about elections, in a brief commentary apropos of the results of the voting for the Constituent Assembly, in which the indigenous campesino leader Hugo Blanco obtained 30 percent of the votes, in June 1978.

“The universal, individual and secret vote has been a genial invention of the bourgeoisie. On voting days the social classes and groups disband into a series of individuals that stop thinking collectively, as occurs in strikes, demonstrations or any other act of protest, and in the ‘secret chamber’ emerge the doubts, fears and uncertainties that lead to opting for what’s established, for the past and not for change” (Obras Completas, tomo V, Lima, 1997, p. 89).

Flores Galindo was one of the consequential and notable thinkers in the 70s and 80s, when Peru was squeeze between State violence and that of the Sendero Luminoso (Shining Path), in a war that had cost more than 70 thousand deaths. His research “Looking for an Inca: identity and utopia in the Andes” (Buscando un Inca: identidad y utopía en los Andes), published in 1986, obtained the House of the Americas Essay Award in Cuba. He was the founder of SUR, House of Socialism Studies, which grouped together a good part of the intellectuals of the epoch, and he belonged to the Mariateguist Unified Party (Partido Unificado Mariateguista, PUM), to which Hugo Blanco also belonged.

His brief reflection on the elections has great currency and shows the crisis of critical thought. In the first place primer, it permits distinguishing between democratic freedoms and the act of founding a political strategy on electoral participation. If the oppressed won freedoms through long and potent collective struggles, elections are the mode for dispersing that plebian potency.

In second place, he doesn’t criticize electoral participation, he just warns about the incontestable fact that it’s about playing on the terrain of the dominant classes. He doesn’t wield an ideological argument, but rather one centered on how the electoral system separates those below into a myriad of isolated individuals that, upon being atomized, stop being a social force to delivering themselves to the manipulation of the powers of the system. The collective thought that emerges in popular actions gives way to individualization, in which fears and prejudices always impose themselves.

It would necessary to develop both arguments. On the one hand, the reflection of Flores Galindo connects with that of Walter Benjamin in his Thesis on history, when he asserts: “The subject of historical knowledge is the oppressed class itself, when it fights” (Thesis XII). It’s not a minor theme. In the turn of history in which he lived, Benjamin understood that if the oppressed are not organized, they are incapable of comprehending the world, they are blind and are prisoners of the way of seeing of the powerful. The problem is not the system’s resources (and boy are they a problem), but rather our inability to get organized, which is our way of being, in other words collectives that fight and, therefore, comprehend.

To my way of seeing, the electoral problem consists in founding a strategy for changes in the participation in elections, in what’s called the accumulation of forces that is summed up in a vote total. On our continent we have experienced a succession of very powerful struggles capable of displacing conservative governments, which are dissolved a little while later in the ballot boxes, installing other governments –at times better, at other times worse– that supplant collective action and the organization of those below.

The better part of the communist parties focused their action on this kind of strategy, placing the popular organization in tow of the electoral accumulation. With time, that strategy was generalized and converted, after the fall of real socialism and the defeat of the Central American revolutions, into the only mode of action of the institutional lefts.

Individualization through the vote has various nefarious consequences. Besides what Flores Galindo mentioned, the dissolution or neutralization of collective organization, another one appears: in the process of changing the collective into the individual the cooptation of leaders is facilitated because they make the bases self-governing in these processes, something practically inevitable when they are converted into representatives. The subject is dissolved when the logic of representation rules, since it’s only possible to represent what is absent.

Nevertheless, “the universal, individual and secret vote” strengthens the legitimacy of those elected, and that is the “geniality” that the Peruvian denounces. When the governments of the dominant classes feel cornered, as happened to president Eduardo Duhalde in June 2002 in Argentina, facing a potent popular attack, they call for elections as a way of dispersing the powers from below. It is a action directed towards the vigilance and control that consists, as Duhalde himself assured, of getting the people out of the street and into to return to their houses and sitting in front of their television sets.

Because the logic of the voter and that of the TV viewer is the same: it doesn’t matter to the power what each one thinks, provided he does it alone from his house, Noam Chomsky pronounced at one time. The problem to those above, then, is collective action and reflection.

It would be marvelous that power born of popular organization/ mobilization were seen and given feedback through electoral participation. The reality says the opposite, as we are able to appreciate in all the processes, and especially these days in the Spanish State, where those who voted for Podemos contemplate how those they elected negotiate in the name of those who elected them, but more distant from them each time. The institutional activity that is derived from electoral processes ends by displacing the organizations of those below from center stage.