EZLN: For pain, for rage, for truth, for justice

FOR PAIN, FOR RAGE, FOR TRUTH, FOR JUSTICE 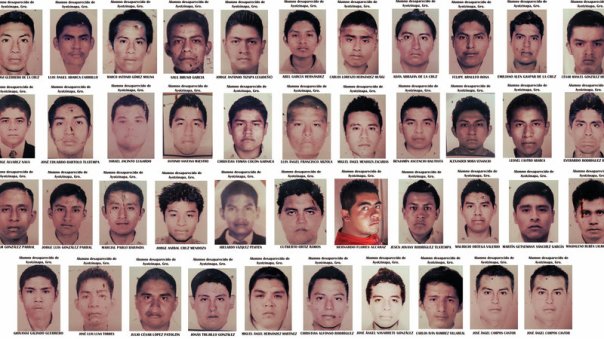 Compañeras, compañeroas & compañeros of the Sixth of Mexico and the World:

Sisters and brothers of the people of the Earth:

Our collective heart knows, before and now, that our sorrow is not a sterile lament.

She knows that our rage is not a useless release.

We know who and what we are, that our sorrows and rages are born and nourished by lies and injustices.

We are what we are because the one who is above at the expense of those of us below lies as a way of making politics and adorns death, forced disappearance, incarceration, persecution and assassination with the scandal of his corruption.

The one who is above is a criminal with immunity and without shame; the color of his politics doesn’t matter.  It doesn’t matter if he tries to hide behind a change of name and banner.

As if by disappearing and murdering they also want to disappear and murder memory.

From above and from those who therein dwell, their perversions and meanness, we will only receive the lie as a salary and injustice as payment.

The injustice and the lie arrive on time every day, at all hours, everywhere.

Dispossessing us of our labor, life, land and the natural world doesn’t satiate them.

They also rob us of those who are our sons, daughters, sisters, brothers, fathers, mothers, relatives, compas and friends.

He who is above persectus, incarcerates, kidnaps, disappears and assassinates.

They not only finish off bodies, lives.

On top of forgetfulness he from above builds his impunity.

Forgetfulness is the judge that not only absolves him, but also rewards him.

That’s why, and more, our sorrows and rages seek truth and justice.

Sooner or later we will learn that these are not to be found anywhere, that there is no book or speech, nor judicial system, institution, promise, time, place for them.

We learn that we have to build them.

As if the world was not already sane, as if an emptiness wounded her womb, lacerating the heart of the color of those who are of the Earth.

That’s how we learn that without truth and without justice, there is no sane day or night. The calendar doesn’t take a day off; geography does not rest.

In many languages, idioms, signs, we name those missing.

And every sorrow and every rage takes on a name, a face, a history, an emptiness that hurts and shames.

The world and her history are filled with absences.

And those absences become a murmur, a strong word, a cry or a scream.

We do not scream for regret. We do not weep for pity. We do not moan in resignation.

We do so for those missing can find their way back.

So that they know they are here even though they are missing.

Because: for the sorrow, for the rage, for truth, for justice.

For Ayotzinapa and all the Ayotzinapas that wound the calendars and the geographies of those below.

Because the time will come when those who owe us everything will pay.

Because the system he created, fed, covered up and protected crime with, dressed as the evil government, will be destroyed. Not prettied up, not reformed, not modernized. It will be demolished, destroyed, finished, buried.

That’s why at this time our message is not one of consolation and resignation for those who suffer because of one or many absences.

Our message is of rage, of bravery.

Because we know that same sorrow.

Because we have in our guts the same rage.

Because, being different, that’s how we are the same.

For the sorrow and the rage.

For truth and justice.

From the mountains of southeast Mexico,

In a corner of the planet called “Earth,” September 2015.

On this day, 26 of September, thousands of Zapatistas, boys, girls, youth, women, men, others, elders, alive and dead, will march in our territories to embrace all the persons who carry sorrow and rage because of the jailings, disappearances and death imposed by those from above.

And that’s how we call on all honest and reasonable persons of the planet to do the same, in their calendars and geographies, according to their time and way of doing things.

Because while they try to supplant with lies and jeers the lack of truth and justice, humanity will continue being a grotesque smirk on the face of the Earth.