The Drug War on Our Southern Border 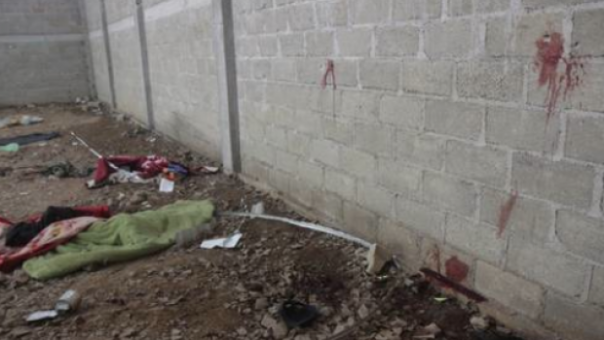 Enrique Peña Nieto promised to bring peace to Mexico, but casualty figures during his first year indicate that the country is as violent as ever—at least 50 and possibly as many as 100 people per day are murdered. Many more people (in raw numbers) die violently in Mexico than in Iraq. And when population is taken into account, Mexico’s homicide death toll still exceeds that of Iraq—a country barely emerging from foreign invasions and civil war.

Iraq has about 35 million people, while Mexico’s population approaches 118 million [[1]]. Recent reports from the United Nations and other international organizations indicate that violent deaths in Iraq this year have surpassed 8,000 [[2]].

A comparable rate of violence in Mexico would produce about 27,000 murders. As it turns out, according to statistics from the Executive Secretariat of the National Public Security System (SESNSP), there have been 31,532 homicides in Mexico between January and November 2013—16,736 of these are categorized as intentional homicides, the remainder as murders without intent (accidental or negligent homicides).

Can we justify comparing violent deaths in Mexico with those in Iraq? While there are difficulties with such an association, I use it to point out how differently U.S. observers portray human security disasters in these two countries that are both highly significant to American economic and political interests. Murders in Iraq are attributed to terrorism, sectarian strife and other leftovers from our war with the majority of victims seen as innocent civilians slaughtered by a few suicide bombers. In contrast, 90 percent of Mexico’s murderers and murder victims are said to be criminals killing each other. That’s how President Calderon described them during the height of the violence in 2010 [[3]] and Enrique Peña Nieto has not changed this characterization.

The numbers reported each month by the SESNSP are actually a count of “averiguaciones previas”/preliminary investigations opened by police and prosecutors in hundreds of jurisdictions around the country and reported by the states to the federal agency. In other words, the numbers refer to crimes under police investigation, not actual numbers of victims. Many crimes have multiple victims and officials admit they don’t know how the numbers of crimes reported translate into a number of murder victims. “’I don’t have the number of how many victims there are,’ said Monte Alejandro Rubido Garcia, Head of the Executive Secretariat of the National Public Security System, in a recent interview with the weekly magazine, Zeta” [[4]].

Peña Nieto’s security officials don’t agree on what the official numbers are, nor what they mean, but they regularly issue statements saying that their president is decreasing homicides and other crimes by percentages that vary from one statement to another. Mexican journalists have attempted to produce more realistic counts of homicide deaths using local media and human rights reports. A recent investigation carried out by Zeta Magazine and published in many national news outlets, found that there were 19,016 intentional homicides during the first 11 months of the EPN administration, a number that surpassed (by 855) the 18,161 homicides in the last 11 months of Felipe Calderon’s presidency [[5]].

The Zeta report made another discovery: many murders aren’t counted at all because family members never report the killings or disappearances, so regardless of the number of victims in these incidents, there are no preliminary investigation files at all to be counted and reported to the SESNSP. An unnamed investigator in the prosecutor’s office in the state of Veracruz told Zeta: “In Veracruz there are deaths not reported to the authorities. These are deaths and disappearances no one talks about and that never come to light, but deaths and disappearances that keep on happening. Nothing comes out in the press, everything is covered up” [[6]].

Logic would indicate that Veracruz is not the only place in Mexico where murders and disappearances never get counted.

Since multiple homicide events have become commonplace in Mexico in recent years, it is certain that the actual number of victims is higher than the number of investigations counted by the SESNSP. For example, as I write on December 18, 2013,* a shootout in the luxury beach resort of Puerto Peñasco/Rocky Point, Sonora—a short drive from the Arizona border and popular getaway for Americans—left at least 5 people dead [[7]]. A few days earlier on December 14, at the opposite corner of the country in the southeastern state of Oaxaca, 11 people, including three children aged 4, 6, and 7, were shot and burned to death in a vehicle with U.S. license plates [[8]].

What Peña Nieto has accomplished during his first year is to employ American public relations experts to improve the image of his government and Mexico in the international press [[9]]. The campaign seems to get mixed results—Mexico is presented in the U.S. press as both a “new land of opportunity” [[10]] and a mess [[11]].

Like Calderon before him, Peña Nieto (with the endorsement and support of the U.S. government) continues to wage a “war on drugs” that kills an average of 1,500 people each month in Mexico. Despite a cumulative death toll since 2006 of at least 150,000, neither the Mexicans nor the Americans provide any evidence that the drug supply has been diminished [[12]].

*Note that the number of 150,000 was the cumulative total as of one year ago!

[[3]] “Most of that—90 percent of those casualties are of—are casualties of criminals themselves that are fighting each other.” CNN Transcripts, The Situation Room: Interview with Mexican President Felipe Calderón …Aired May 19, 2010, http://transcripts.cnn.com/TRANSCRIPTS/1005/19/sitroom.01.html.