The Plan Puebla-Panama Is Changing Chiapas

[This article has been updated to reflect the opening of the Palenque International Airport and an additional murder in the Agua Azul region (Juan Carlos Gómez Silvano), which is reported in the post below this*]

THE PLAN PUEBLA-PANAMA IS CHANGING CHIAPAS 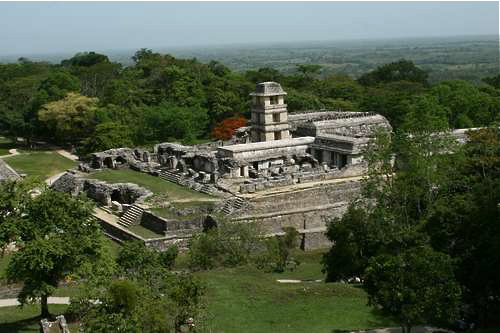 Vicente Fox took office as president of Mexico in December 2000. Not long afterwards, social organizations in Mexico and Central America learned about an ambitious plan called the Plan Puebla-Panama (PPP), a virtual corporate wish list of “development” projects. It instantly became controversial because it threatened to displace people, damage the environment and sell off the region’s natural resources to transnational corporations. It was also severely criticized for its failure to consult with those affected and for the secrecy of its plans. Organizations formed in Mexico, Central America, the United States and Europe and joined together in an international network to oppose the PPP.

The purpose of the PPP was to develop the infrastructure needed for a dramatic expansion of trade via the North American Free Trade Agreement (NAFTA) and the Central American Free Trade Agreement (CAFTA). Free trade agreements establish the legal structure for trade, while the PPP was to develop the infrastructure. The eight initiatives of the Plan were: 1) sustainable development; 2) human development; 3) prevention and mitigation of natural disasters; 4) promotion of tourism; 5) facilitation of trade; 6) highway integration; 7) energy interconnection; and 8) integration of telecommunications services.

In Chiapas the PPP initially envisioned at least 10 dams on various rivers, including the Usumacinta, Jataté and Lacantún, sweatshops in the central part of the state and mass tourism from the state’s Pacific Coast to the Usumacinta River.

Resistance to the PPP appeared to be successful. The PPP got a bad reputation and a public relations firm was employed to clean up its negative image. This led some to wrongly assume that the PPP was dead.

An important function of the PPP was to obtain financing for infrastructure projects, such as new or improved highways, bridges, ports and airports that would facilitate transportation for business ventures. Apparently the PPP was overly ambitious and could not find enough financing. The strong resistance coupled with the lack of financing signaled the demise of the PPP as originally proposed. But, that demise did not stop the infrastructure projects, and for about five years the projects for which funding was available continued without any mention of the PPP.

In June 2008, the heads of the affected countries and the governors of the nine Mexican states involved met together in Villahermosa, Tabasco for the 10th Tuxtla Summit on the Plan Puebla-Panama.  They all agreed to rename it the Mesoamerica Project and to reduce the 100 development projects to 5 mega-projects: electricity, highways, telecommunications, cybernetic information and health. The addition of a social aspect  (health) to the project may be to soften the impact of its more controversial aspects, like electricity and highways, both of which imply the displacement of indigenous people and environmental damage.

Some of the infrastructure projects that have been completed in Chiapas are:

1) Puente Chiapas – A bridge over the lake created by the Malpaso hydroelectric dam near the Chiapas border with Veracruz, which completed the highway connecting a large Gulf of Mexico port to the Pacific Highway in Chiapas and cut the travel time between Mexico City and Tuxtla Gutierrez to around 12 hours.

2) Puerto Chiapas – What was formerly known as Puerto Madero, a natural harbor on the Pacific Coast, was dredged and made into a deep-water port for shipping raw materials out and bringing in cruise ships full of tourists.

4) Tuxtla-San Cristóbal Highway – A new toll road that whisks tourists from the new airport near Tuxtla to the colonial tourist Mecca of San Cristóbal de las Casas in one hour. It also facilitates commerce between the two rapidly growing cities.

All of these infrastructure improvements facilitate commerce, attract investment and pave the way for elaborate tourist development. None of them has met with significant opposition.

One infrastructure project that has generated controversy and prolonged resistance is the construction of a toll road between San Cristóbal and the city of Palenque, the jungle city located a couple miles from the internationally famous archaeological site with the same name. The toll road will cut through numerous indigenous villages and territories, some of them Zapatista. Resistance to the toll road has resulted in violent confrontations between pro-government and pro-Zapatista groups, unjust imprisonment, torture and one death in the Mitzitón ejido, situated where the toll road begins.

The strongest resistance has been and will continue to be directed towards the massive development project the toll road is intended to facilitate: the Palenque Integral Center, known as the CIP for its initials in Spanish. This tourist project includes expansion of the small Palenque airport to accommodate international flights. Construction at the airport began several years ago and was completed in February 2014. The airport’s expansion is not the controversial part of the CIP project. It is the plan for development of a tourist corridor, approximately 35 miles long, between the Agua Azul Cascades and the Palenque archaeological site that is disputed.

A number of large ejidos (collective farms), some of them containing communities of Zapatistas and their supporters, are located within that 35-mile corridor. In addition to the Agua Azul Cascades and the Palenque Ruins, the Misol Ha Waterfall and the Agua Clara area for swimming and camping are also within the corridor. The Palenque site is an archaeological wonder left to us by the ancestors of the modern-day Mayas that inhabit this part of the state. The Agua Azul Cascades are a series of turquoise blue waterfalls that cascade down a mountain surrounded by lush green jungle.

The CIP project contains an elaborate plan to convert the area surrounding the Agua Azul Cascades into a “world-class resort destination.” The government plan includes a Boutique Hotel, a European 5-Star Hotel, a Conference Center with golf course, and a Lodge overlooking the waterfall at Bolom Ajaw, a Zapatista community on land reclaimed in 1994. But of course, one would have to helicopter into the Lodge at Bolom Ajaw due to its remoteness!

The Agua Azul area has become a flashpoint of conflict between pro-government communities (in favor of luxury tourist development) and pro-Zapatista communities (opposed to that kind of development). The controversial project proposed for Agua Azul has already generated three deaths, numerous violent conflicts, political prisoners, death threats and torture. The state government argues that these tourist projects will bring jobs and income into a very poor state, while Zapatista supporters and their allies argue that the volume of tourism envisioned will damage the environment, their food security and their traditional way of life; that is, their culture. In a state where two-thirds of the population is indigenous and that indigenous culture is one of the tourist attractions, this is an important debate.

* This article was originally written in November 2013 for educational background information. It is included in the recently published book “Mayan Whitewater: Chiapas & Belize” by Greg Schwendinger and Rocky Contos.

One Comment on “The Plan Puebla-Panama Is Changing Chiapas”