AGAINST THE REPRESSION OF THE BAD GOVERNMENTS,  SUPPORT TO MACTUMACTZÁ RURAL TEACHERS SCHOOL IN  CHIAPAS AND TO THE TEPEHUANO AND WIXÁRIKA PEOPLES IN JALISCO

Posted on May 29, 2021 by Chiapas Support Committee 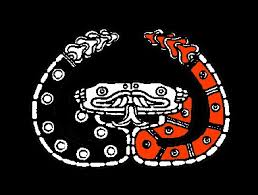 To the Tepehuano and Wixárika peoples of San Lorenzo de Azqueltán, Jalisco:

To the human rights organizations and collectives:

To the communications media:

As the Native peoples that we are, organized in the National Indigenous Congress-Indigenous Government Council and the EZLN, we declare the following:

FIRST – We express our repudiation of the bad government’s repressive actions against our brothers of the Mactumactzá Rural Teachers College.  Once again, with a luxury of violence, they seek to silence the just demands of the students. On May 18, the bad government arrested 91 students, including 74 women students. They have denounced that the repressive police forces saw them as spoils of war and sexually harassed them by undressing them and groping them. The students are accused of wanting the exams, which they were going to practice, to be in person and not by Internet. With this, the Chiapas educational and governmental authorities show once again that they don’t have the slightest idea of the geography and the political and social situation in the state.  With this action, the bad governments summarize their plan for education of rural Mexico: repression, lies and simulation.  To our brothers and sisters of the Mactumactzá Rural Teachers College we express our complete and unreserved solidarity; and we call on all our compañer@s of the National and International Sixth to show solidarity with the struggle of the Mactumactzá students.  We demand the unconditional liberation of all the detainees!

SECOND – As the National Indigenous Congress-Indigenous Government Council and the EZLN, we salute the National and International Campaign for Justice and Territory in Azquetltán, Villa Guerrero municipality, in the state of Jalisco, Mexico.  There the brothers and sisters of the autonomous indigenous community, Wixárika and Tepehuana, resist for their lives.

We join the demand for justice that the indigenous community makes faced with the protection that the bad governments give to the violent cacique Fabio Flores Sánchez, alias “La Polla,” who not only has stolen communal lands but has also committed numerous and grave acts of cruelty against the dignity and exemplary community organization with which they have surprised the world.

We make ours the rage in the face of the injustice and impunity that those who seek to consolidate the objective of privatizing the land that as you and as our ancestors we have collectively dreamed of. We make ours their pain due to the suffering of the grandparents who saw how the rich and powerful were going into communal lands with violence and deceit, and due to the pain of the children and grandchildren who today see the threat of ending not only collective property for the benefit of a few landholders and companies, but rather see the very existence of their Tepehuano town threatened.

We demand that Fabio Flores Sánchez, alias “La Polla,” along with the shock group that accompanies him are judged and punished for the crimes they have committed against the community, such as threats, armed attacks, attempted murder and dispossession of lands.

We reject the defamation campaigns against the communal struggle in defense of land that municipal government workers of Villa Guerrero and of La Polla have undertaken, because as on other occasions they have the objective of sowing the discord that fosters repression. Consequently, we will be attentive to what happens within their territory and we hold public officials who support him responsible for these campaigns and for any attack on the community by the cacique Fabio Flores Sánchez and the public officials that support him.

We make a call to the solidarity collectives and human rights organizations, the collectives of the national and international sixth and the networks of resistance and rebellion to be attentive and to respond to our word, our signature, our conscience and attention to the campaign that our brothers and sisters of Azqueltán make to the world, carrying the flag of hope in front.

For the Integral Reconstitution of Our Peoples

Never More a Mexico without Us